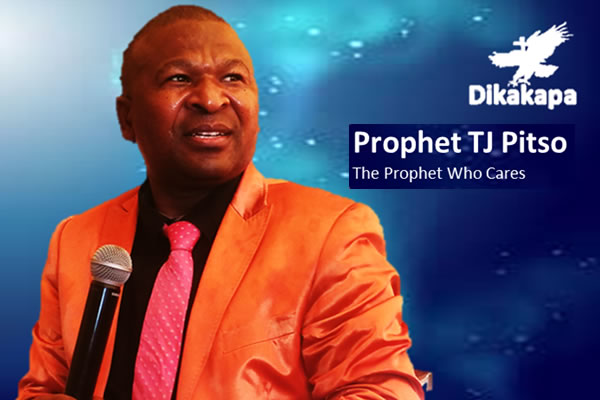 For years she was the church leader’s right-hand woman, helping him run the church hundreds of congregants flocked to every week. But Nana Masheya claims she witnessed and was subjected to so much abuse she could no longer keep quiet – and the lid has been lifted on yet another scandal involving a holy man in Mzansi.

Not only does Nana claim to be a victim of abuse, she says she was also used by the self-styled “prophet” to lure female congregants for se_x under the pretence of prayer and counselling sessions – for which the women had to pay. And devotees who hoped that the church-supplied holy water and anointed oils would improve their lot in life were also disappointed to discover they were really just paying for supermarket olive oil and tap water. 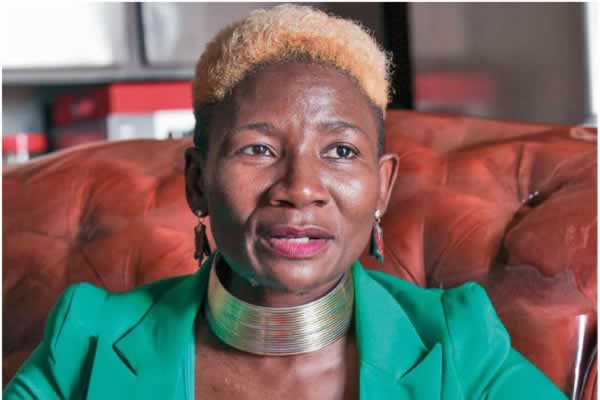 Nana (36), who worked as Bishop Tefo Jonas Pitso’s personal assistant for 10 years, alleges she was also “raped several times” by him. “I asked him if he had forgotten that a bishop is someone near the holiness of Jesus Christ’s heart and he told me he has a human body and can be tempted.”

Nana blew the whistle that led to the arrest of the controversial bishop, who heads Jehovah Shammah International Ministries in Jouberton township in Klerksdorp in the North West.

He faces 12 charges of rape and se_xual assault on women now aged between 22 and 36. One of the rape survivors claims she was infected with HIV after she was raped when she was a teenager. North West police spokesperson lieutenant colonel Adele Myburgh confirms eight women have opened cases against the bishop at the Klerksdorp police station. Pitso (49) handed himself over to the police, Myburgh adds.

Nana is tall and slender and wears designer clothes. The divorced mother of a 10-year-old girl is also streetwise and a persuasive speaker. DRUM meets her at her home in Jouberton after she spilt the beans on community radio station Star FM and on social media, levelling shocking allegations against the bishop.

Part of her duties as his PA was to attract young people to the church, she says, and to “pimp” young women to the bishop. She sold “anointed oil” to young women who wanted help with marital and other relationship problems, work opportunities and financial matters. A small bottle of the oil was sold for R100 but it was really olive oil bought at a supermarket and decanted into a small bottle with the church logo stuck on it.

Nana alleges the bishop would call these women in for prayer and counselling sessions where he allegedly demanded se_x from them. The women paid R200 for a prayer session. To convince his congregation he was a prophet, Nana says, the bishop would travel around the country and to Botswana to collect information on his flock. This information would be used as “prophecies from God” during church services and helped convince congregants that he was indeed a prophet.

“He instructed me to plant muthi, snake skins and dead lizards in people’s yards so he could claim the property was cursed. Then he would offer to get rid of the bad spirit for a fee,” Nana alleges. She says she fell under the bishop’s thrall more than 10 years ago when he prayed for her and saved her from landing up in jail or an early grave. She used to belong to a gang, Nana says, but Pitso helped her realise the error of her ways. “To be honest, he changed my life and for that I give him credit. My family used to worship at the Assemblies of God but after I met Bishop Pitso we joined his church,” she recalls. It was only after Nana started working for the bishop that she started to see a dark side to him. She finally had enough when her grandmother, Grace Mpisi, was humiliated in front of the church’s congregants.

Nana alleges one of the bishop’s followers planted a chameleon in her gogo’s bag and Pitso confronted her during the service, accusing her of bringing an evil spirit to church. He searched her bag, found the animal and then started calling her a witch. A few days later she suffered a heart attack and passed away. It was after this incident, Nana says, that she realised she needed to do something about what was going on.

Drum spoke to the bishop in his office next to his corrugated iron church before he handed himself over to the police. “I don’t talk much, especially about my life. I know about the rape charges and allegations that I infected a young woman with HIV,” he says, his hands steeped in a confident manner. Pitso says he’s done a lot of good in the community, buying groceries for poor families and paying school fees for children from impoverished homes. But all this has been overshadowed by the allegations against him.

“Even Jesus was accused and the people he prayed for and helped turned against him. I helped Nana who was a tsotsi involved in criminal activities before I prayed for her and saved her soul. “I turned her life around. I helped her get a house and bought her a car. Now she’s turned against me. I don’t know what made her change [her mind] after all the good things I’ve done for her. I work for Jesus and she wants to destroy what I do.”

Church spokesperson Pastor Joseph Pitso, who is not related to the bishop, dismisses the allegations as a smear campaign started by Nana who, he says, was trying to extort money from the church leader. He said she was “spreading lies” about the bishop because she wanted a new car and between R40 000 and R50 000 a month from him.

“She’s an evil woman. She’s trying to destroy our bishop,” he adds. Pastor Pitso was also arrested on rape charges last year in his hometown of Virginia in the Free State. “Yes, I can confirm that I was arrested for raping a minor last year but the charges were withdrawn in December,” he says.

Bishop Pitso, meanwhile, will remain behind bars until next month. He appeared in the Klerksdorp magistrates court but his bail application failed. He will be back in court on 7 May. As for Nana, she may be called as a state witness during the trial, Myburgh says.

Although Nana also benefited financially from the scams Pitso allegedly ran, she claims she had no choice. “I was desperate for money,” she says. “I didn’t know where else to turn.”