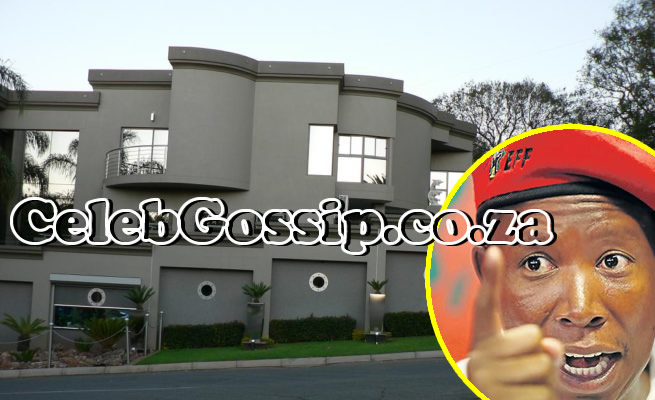 EFF leader Julius Malema has personally benefited from millions of rands that were channelled to a company exposed as his own slush fund.

Today, we can reveal that after these monies were deposited into Santaclara’s Absa bank account, they were immediately channelled into three different accounts.

One account belongs to an upmarket restaurant in Soweto’s Vilakazi Street, and the others to two trust accounts, the Munzhedzi Family Trust and the Mazimbu Investment Trust, which are linked to Malema.

Funds transferred to the Munzhedzi Family Trust were used to bankroll a plush Sandown house, partly funded by a R5.5m bond from Absa. The property was previously owned by the EFF. Munzhedzi is the name of Malema’s second son.

This is the same modus operandi Malema allegedly used to fund his lifestyle when he was president of the ANC Youth League.

Back then Malema used the Ratanang Family Trust, named after his first son, to fund his lifestyle. The trust had shares in On Point Engineering, a company that did business with the Limpopo provincial government. Malema was charged with corruption relating to the trust, but the charges were later withdrawn.

This week the National Prosecuting Authority revealed that it is investigating the Ratanang Family Trust and will charge three directors of On Point Engineering — Cuthbert Lesiba Gwangwa, Kagisho Dichaba and Thomas Rasethaba — with fraud in the awarding of a tender worth over R51m by the transport department.

With the Ratanang Family Trust under investigation, Malema has moved on and created a slush fund, Santaclara.

The Sunday Times can reveal that money from Santaclara found its way into the bank account of SUD, a restaurant managed by another Malema cousin, Tsholo Malema.

Santaclara is registered to Matlebyane, but SMS bank notifications relating to the account are sent to Malema’s phone number, people close to Malema said.

The Sandown home was bought on March 12 and registered with the deeds office on July 23 under the Munzhedzi Family Trust.

The EFF purchased the house in 2017 for R5.25m from Ovadia Eli. Malema lived in the house when it was still owned by Eli. It is not clear whether he paid rent.

The house is registered as the business address of Vuur Trading, of which Matlebyane is a director.

Malema declined to answer questions sent to him, saying only: “My family trust never received money from VBS, by the way.” He then questioned how this newspaper obtained “confidential information”.

“You seem to have illegally had access to confidential information. You tell me how you gained access to this information [and] if it is justifiable and legal, I will answer your questions,” he said.

EFF spokesperson Mbuyiseni Ndlozi did not reply to questions about when the party decided to sell its property to its leader.

The Sunday Times last month reported that Santaclara submitted a “fraudulent” application for a home loan with VBS in 2017.

Another generous contributor to Santaclara’s account was LTE Consulting, the company behind a controversial R2.2bn project to supply water to Limpopo, which deposited R200,000 into the account.

A Sunday Times team visited SUD in Soweto, allegedly being run with funds from Santaclara early this month. It was a hive of activity, and staff said business is booming.

A source this week revealed how funds flow from Santaclara to the restaurant.

“Most of the money in Santaclara has gone into the SUD account, which is [in] the name of Julius Malema’s cousin, Tsholo,”

said the source, who asked to remain anonymous. “Not only that but most of SUD suppliers are paid via Santaclara. These include food suppliers and the like.”

Tsholo Malema denied knowledge of this. “I do not know what you are talking about so I cannot confirm what I do not know. I am confused,” said Tsholo. “SUD is on its own, it does not do business with Santaclara.”

Asked about the direct payments from Santaclara to SUD, Tsholo asked: “What accounts are those, sir?” She asked to be sent questions, to which she did not respond.

Santaclara not only bought Malema the Sandown home, it financed another house for Malema in Polokwane, Limpopo, for R3.3m. For the Polokwane house, Malema used his cousin Matlebyane to apply for a VBS bond in October 2017. In the application, he listed his income as R5,000 a month and his expenses as R2,400.

But later that same day, his loan application was “amended and redrafted” to state that he earned 30 times more than that and was thus well able to afford the R34,000 monthly bond repayments. A VBS staff member allegedly fraudulently amended the loan application to reflect an income of R154,999 in order to get the bond approved.

Santaclara came to light because Matlebyane’s bond application was e-mailed to a VBS manager by another of Malema’s cousins, Phaleng Matsobane, who is the director of Mahuna Investments, believed to be another slush fund for Malema. Matlebyane did not respond when he was initially asked about Santaclara.

A Sunday Times photographer was confronted by armed security guards when he took pictures of the house. “This is the CIC’s [commander-in-chief’s] house. Why are you taking pictures?” they shouted.