It is almost every man's dream to settle down with the one that they have chosen to spend the rest of their lives with, and subsequently start a family.

One of Mzansi's esteemed goalkeepers, Itumeleng Khune is readying to slide into the world of fatherhood.

News of Itu's lobola's chronicles hit the public yesterday. It was reported that the 32-year-old has paid lobola (dowry) for his gorgeous partner, Sphelele Makhunga.

Being the excited soon-to-be Mrs Khune, Sphe shared a picture of her special day on Instagram – clad in a conventional 'Makoti (bride) look, which consisted of a doek and blanket around her shoulders, better known as 'Itshali'.

To top it off, the couple is set to become parents. Another picture, has been doing the rounds on social media, where Itu can be seen rubbing Sphe's small bulge. 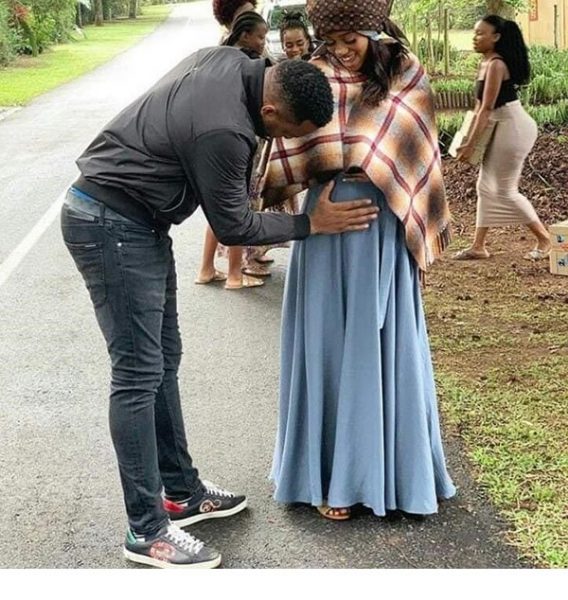 Which clearly indicated that they are about to step into two life-changing experiences – marriage and parenthood.