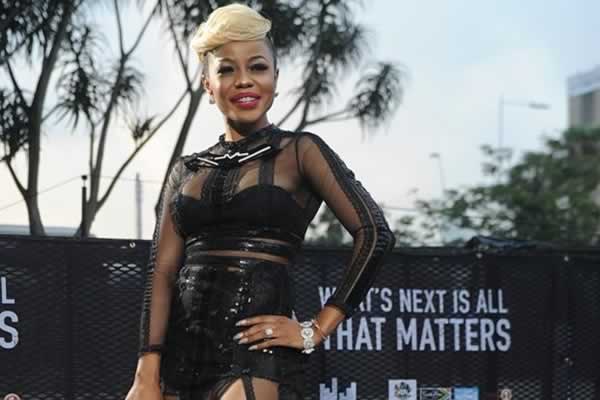 Thus far, we have mostly seen Kelly Khumalo and Longwe Twala being the ones that have publicly availed themselves for television and radio interviews in regards to the murder of Senzo Meyiwa.

These two have shared their own versions of what happened at Kelly's childhood home in Vosloorus, where Orlando Pirates Goalkeeper and Kelly's baby daddy, Senzo Meyiwa was brutally murdered.

There's a new player in the saga, well not new per se, but she provides a fresh and interesting perspective on this legal quagmire.

Musician and sister to Kelly, Zandile Khumalo, has spoken out on several platforms regarding the much-talked about case of Senzo Meyiwa. However, there seems to be a change of tide, as Zandi is coming out guns blazing against the Meyiwa family and general public.

Zandi's Instagram followers were greeted by two long posts about Senzo Meyiwa and how his family has been severely unkind and disrespectful towards them as a family. This is Zandi standing up for her family!

The first post supports Kelly's version of events, as they have both always maintained their innocence. Also, she writes about how she had always been co-operative with the police and has availed herself when needed.

Part One: "It really makes one wonder if Senzo's family and the society that says we are guilty really want justice to prevail or they just want to see the Khumalos arrested. It is very sad and hurtful that after so many years after Senzo Meyiwa's death we still have to defend ourselves from people who are hell bent on the theory that we are guilty."

Part Two: "What I want Senzo's family and the society to know is that after the truth that I have told the police and the sympathy that I feel for them as they lost a hero, a son, a brother and a father after the hurt that I still feel for his passing plus the way that they treated my family since the incident I owe them nothing, They must never feel entitled to anything else in my life. I understand and feel the pain they they are going through but that does not give them the right to abuse us, their anger and abuse is misdirected and this sense of over entitlement they have developed towards my family needs to stop."

Senzo Meyiwa's case has too many twists and turns. However, with the help of the Afriforum, the case might finally draw to a close.