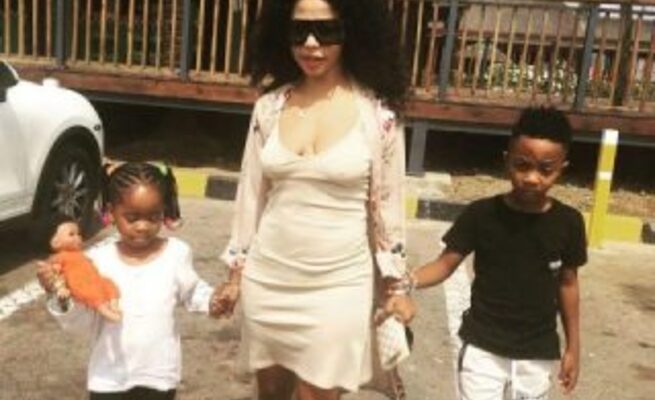 Singer, Kelly Khumalo, has peaked the suspicion of social media users after a contradictory interview claiming that her son recognised Senzo Meyiwa’s killers on television.

Kelly Khumalo’s interview on eNCA trended on social media on Tuesday, 12 November 2019, and has since gone viral. In the interview with television host, Ayanda Allie Paine, Kelly claims that her son recognised the “uncles” that killed his father on television. However, in the same interview, she claims she still hasn’t told her son that the former national goalkeeper has passed on.

Watch the interview below and read the comments from social media.

#KellyKhumalo is she back into drugs?

Senzo's kid was either few months away from being a 1yr old when #SenzoMeyiwa got killed, how does a 1yr old recognise his father's killers now 6yrs when the incident happened when the kid was 1yrs old