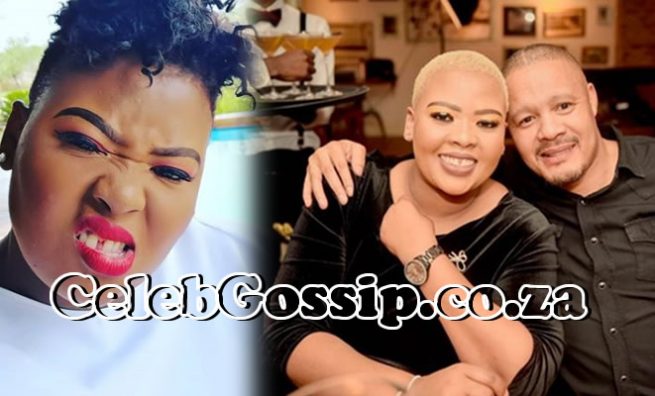 Media personality, Anele Mdoda's love life has not really been widely reported in the media.

Although she frequently posted pictures of her former boyfriend, who also happens to be her baby daddy, the chronicles of the relationship still remained low-key.

Anele's current long-term relationship with Thoba Mkangisa has been flaunted around for all to see. Having said that, they have maintained some sense of privacy with regards to the inner workings of their relationship.

It seems as though the couple is taking this loveship to another level.

According to ZAlebs, Anele previously posted many photos of her former boyfriend who also happened to be her baby daddy, but the chronicles of the relationship always remained low-key.

However, she maintained some sense of privacy with regards to her current long-term relationship with Thoba Mkangisa.

This is the bamboo forest😉

According to the Sunday Sun, the couple are ready to take the relationship to another level. Thoba told the publication that he is ready to spend the rest of his life with the media personality by asking the Mdodas for Anele’s hand in marriage.

The reports also revealed that the pair are big on tradition and therefore said the lobola process is very important to them.

The couple have maintained in keeping their privacy and not much snaps have been published on either of the two’s social media accounts. Just a few snaps.

It is believed that the lobola negotiations are set to proceed next month.

This one is my friend 🥰 @urbanmonkey_photography you take the best pictures thank you so much !!! #35NotOut

One of the sources who spoke to the Sunday Sun said: “After Thoba has paid lobola, plans for the wedding will begin. For now, his focus is on paying lobola.”

Meanwhile, three days ago, Briefly reported that local entertainer and presenter, Anele Mdoda, had South Africans laughing out loud when a competition to find the biggest 'gap' was judged by her on social media.

It started when a tweep made his way onto her Twitter page and said she's got nothing on him. Anele – who is proud of her gap – quickly reacted and made it clear that she is, in fact, 'The Gap'.