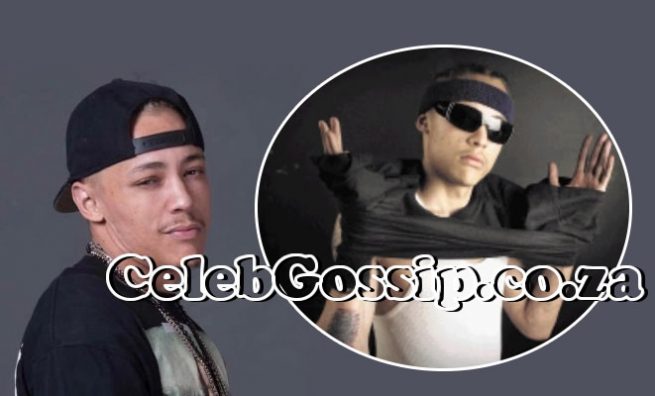 Crazy Lu became a child star when he hosted a popular kids programme X-Attitude, on the YoTv Kids platform on SABC 1. He later became a member of Jozi, with Bongani Fassie, Ishmael and Da Les.

“I think what drew everybody to him was his infectious smile and his ability to make everybody entertained and keep everybody happy. I think he transcended that attitude through his music, and we were able to build a career and great moments with him. He will be greatly missed.”

Speaking to TshisaLive, Crazy Lu's brother, Marvin Cohen, confirmed the tragic news, saying that the former rapper died from an apparent asthma attack in Cambodia, where he had been residing for several years.

"All we know is that he died at 3am this morning [Friday] from an apparent asthma attack. He's been an asthmatic his whole life. A year ago he fell into a coma from a bad attack," said Marvin.

He added that the family would be travelling to Cambodia on Sunday.

REST IN PEACE BROTHER. Very big condolence goes out to the COHEN family. Terribly sorry we couldn’t connect when you were alive. Life’s short 🙏🏾 pic.twitter.com/1c4b74KESb

R.I.P to our brother and SA hip hop pioneer CRAZY LU. Thank you for all the memories and condolences to the family. We will miss you.🙏🏾❤️ pic.twitter.com/aBA6TyQH0F

REMEMBER WATCHING HIM EVERYDAY ON X ATTITUDE ON SABC. HE WAS LEGIT APART OF MY YOUTH. THEN OFCOURSE THERE'S JOZI.
💔💔💔💔💔#RIPCRAZYLU pic.twitter.com/oiUdgB06NR

Funny how all wanna know what happend to him since hes no more but they never asked where he was while still alive…👉🏽SHOW LOVE TO THEM ALL WHILE THEY STILL ALIVE….#RIP CRAZY LU