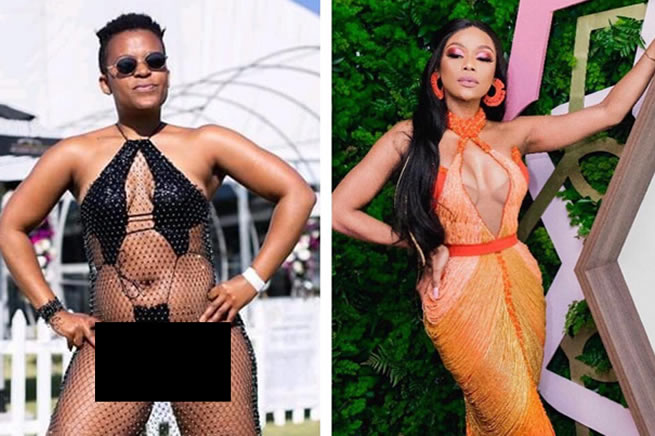 Zodwa Wabantu has responded to Ntsiki Mazwai calling her a “bigger force than Bonang”, saying there is no need for comparisons in the industry.

Ntsiki made headlines on Thursday when she tweeted that Bonang would not have the same impact without her Woolworths deal. Ntsiki went on to compare Bonang to Zodwa, who she said would not lose any shine if she lost a deal.

“It's gonna hurt you when I tell you that Zodwa is a bigger force than Bonang because when you take Woolworths away from Bonang what do you have??? No deal you can take away from Zodwa. She will continue,” Ntsiki wrote.

Zodwa saw the tweets and told TshisaLIVE that while she was honoured to be compared to Bonang, she felt her name was being used to take shots at B.

“We are women. We shouldn't be compared to each other. It is not about Bonang or me. We don't have to fight in the industry, it doesn't help us grow. She is using me to fight her battles. It feels like we are just puppets to her. Why should we be compared? Why should we fight?”

Zodwa said she knew the tweet might have been meant as a compliment and acknowledged that brands had a lot of power over celebs.

“We all have our own sh*t that we are going through. Our own battles to get into the industry. We should be supporting each other as women. I know that there are people who think they are better than me in the industry and that is why I have to work 20 times harder than them to prove myself.”

Ntsiki has stood by her comments. She told Phat Joe on Radio 2000 that her argument about white capital-backing was bigger than her naming Bonang in an example.

“My point is why is black excellence white created? My point is that Bonang has white capital-backing from Woolworths and Revlon, which is not realistic to say to the black child that if you work hard enough you can be like Bonang. To be like Bonang you actually have to have an affiliation with the white man.

“That was the comparison, to say that if the white man don't back you up any more, what happens to you? You become another Nonhle Thema. Therefore, if you are a Zodwa, working with your own talent and your own force, you have more of a sustainable thing going for you. There is not anyone who is going to take anything away from you.”

Ntsiki released her new single, Qhawe, on Friday and said in a statement that the song was inspired by women.

“It is the story of victory and resilience. It is a song about claiming and owning your space. A hero is someone who shows courage. The women in SA have had to show a tremendous amount of courage.