Home Celeb Gossip I had to make music to escape crime and drug addiction –... 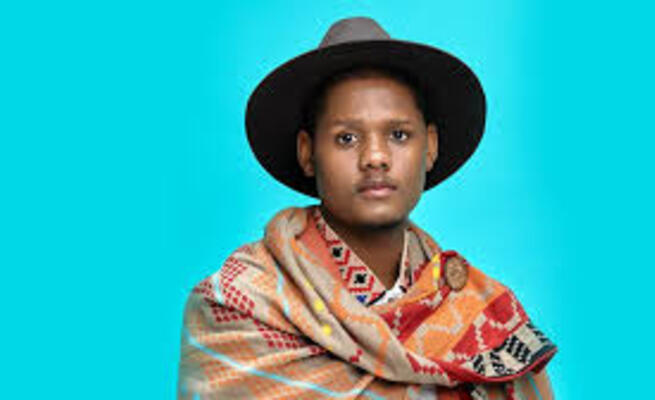 Hailing from the South Western Township (Soweto), he has earned himself a good name ‘the king of collaborations’ now he is making history with his debut solo album.
It is an epic rags-to-riches story for a troubled township teen who turned his life around. Samthing Soweto just become a chart-topping national treasure. He has taken it by storm, shaking the entertainment sector in Mzansi – and he’s being recognised abroad too.

Real name Samkelo Mdolomba, the Soweto-born singer was featured recently in Rolling Stone magazine after his first album broke the local Apple Music record for the best number of users pre-adding Isphithiphithi to their personal libraries.

In actual fact, the album wasn’t even out yet and people were already running head on heels to lay their hands on it, they were queuing up for it online.

Samthing Soweto stole many hearts and made history when his hit single Akulaleki, featuring Kabza De Small, DJ Maphorisa and Sha Sha, got on top of the log, taking the number one spot one on Apple Music at the same time Isphithiphithi also climbed to the top of the charts.

That made him the first ever local musician to simultaneously have a number one hit single and an album on one of the world’s biggest streaming services.

Some may be forgiven to label one of the veterans who had been doing it alone for several decades, but he is quite new.

“It’s hard to believe the singer and songwriter, who was one of the founding members of a capella group The Soil, has only been a solo artist for a few short years,” wrote DRUM magazine.

A look at his meteoric rise is well documented.
His rise to prominence was not an overnight sensation, and those who have followed him from his early days will confirm that his place at the table is well earned and long overdue.
It seems the award-winning musician’s time to shine has come as he continues to dominate the charts and has made history as well.
Samthing Soweto dropped out of school when he was in grade 8 because he has a problem with reading and writing.

“School was really tough for me. It was a nightmare but I went back nonetheless,” he told Mo Flava and Masechaba Ndlovu last year.

When he was a teenager, Samthing Soweto used mandrax and got involved in crime to escape troubles at home. He later went to juvenile detention for armed robbery. In an interview with SowetanLIVE, he said he didn’t have a choice but to make music to escape a life of crime and drug addiction.