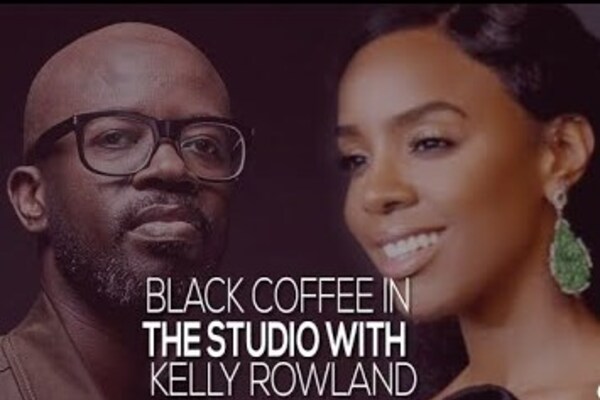 Yoh! But Black Coffee is doing the most up in these streets, he's even in his own lane with these international features.

Just as we thought Black Coffee couldn't top his recent guest appearance on The Daily Show with our very own Trevor Noah as well as showing us how much of a buddy he was with Drake, he goes and teases Mzansi with a collabo with Kelly Rowland and Da Capo.

The international DJ shared on social media that he was back in the lab with the squad, Da Capo, Sad Money Music and American singer Kelly Rowland as they were cooking something that's set to blast our airwaves.

In the short teaser Black Coffee shared on social media, his followers can hear snippets of what they were working on and he even gave fans a glimpse of Kelly smiling to the camera.

Some fans commented on how Black Coffee was levels for referring to Kelly as the “squad”, while other fans couldn't believe how far he has gone as a DJ.

Although he's counted among the celebs who are flying the SA flag high, Black Coffee has stressed the importance of supporting local talent.

He recently encouraged his 2.8-million Twitter followers to show their support for Sjava's first one-man show that is set to take place at Pretoria Sun Arena on Sunday.