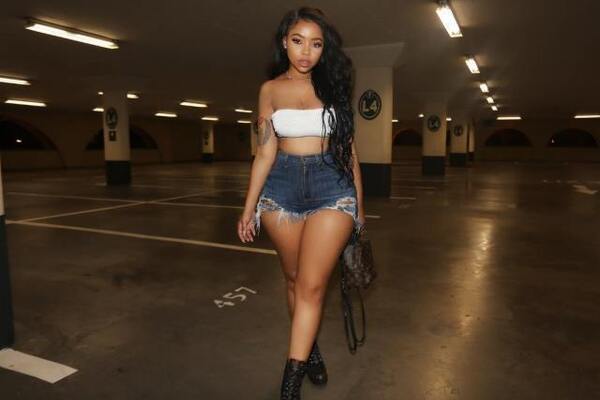 The rise and rise of former Twerksta, Instagram Queen, fitness bunny Faith Nketsi has been interesting over the years. Bearing that in mind, the entertainer has just announced that her reality show Have Faith will be airing on MTV later this month.

The 24-year-old shot to stardom at the tender age of 16 when she was a part of the Protwerkers – a group of five young women who caused a frenzy wherever they performed.

Nketsi was in the group alongside her best friend Kimberly Kholiwe (who will feature on her new reality show) as well as her sister Refiloe ‘Ms Jay’ Nketsi, Samantha Malinga, and Theresa Malinga.

She has since left that career behind having turned her massive social media following into a sustainable side hustle.

“I went into twerking knowing exactly what I wanted to do, I wasn’t gonna twerk forever, my vision was to get into the beauty and salon business which I did and I’m happy,” said Nketsi in a past interview with Trending SA.

Currently sitting on 1.2 million Instagram followers, the social media sensation often regales followers with glimpses into her nights out, her international trips with rappers such as A$AP Rocky and French Montana as well as the various cosmetics procedures she had had to employ to achieve and maintain her looks.

She is currently a respected businesswoman and a fitness bunny who get a lot of international and local club appearance bookings. She has also added her flavor in a few music videos including Cassper Nyovest‘s ‘Tito Mboweni’.

A few years ago she leaked a video of herself having oral sex with her then boyfriend on her personal Instagram, it was quickly removed and followed-up with a statement explaining that it was leaked without their knowledge and they pleaded with the media and everyone who has an opinion to respect their privacy.

According to MTV Africa, Faith will make history as the first woman in South Africa to have her own reality show air in 43 other countries when her show airs on their channel on 28 October at 9:30pm.

Hey y’all do the right thing and hit that follow button 😘 pic.twitter.com/KWyniSduud

OMG FINALLY 💃🏼💃🏼💃🏼 this has been the hardest secret to keep. I’m so happy to share with you guys that #HAVEFAITH will be airing on the 28th of October 9:30pm Chanel 130#MTVZA @mtvza

Nkesti has also been named in her fair share of scandals ad headlines as many believe that she owes her lavish lifestyle to more than a large social media following and a life as an influencer.

As such, many will be tuning in for answers about her life when Have Faith airs on October 28 at 9.30pm (CAT) on MTV Africa DStv channel 130.

On the 28th October I welcome you guys into my world, catch #HAVEFAITH on @mtvza at 9:30pm