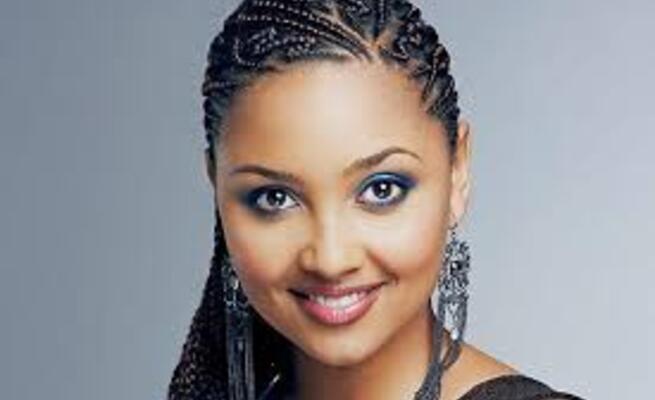 Jo-Anne Reyneke on her new TV show and love

'Experience has been credited for being the best teacher of all times,' so goes the old saying.

On her new show Jo-Anne Reyneke, who is using her experience as single parent, is helping fellow single parents find joy and love.
From experience, she is quite aware how difficult it is getting back into the dating game, especially after having had faltered previously.

JoAnne Reyneke is a busy single mom trying to balance her job, and family responsibilities at the same time.

“I leave before the kids wake up and come back home when they’ve already gone to bed. I have to explain why mommy is hardly home,” said Jo-Anne who is also the host of the hit show Single Parents Looking for Love.

She has been single for more than a year, after her public breakup with ex Thami Mngqolo. The breakup came at the time everything from careers, to home life was seemingly going well.

There were rumours that the former Generations star had cheated, but Jo-Anne was not comfortable to get into the dirty details, said all that matters now was that she had put it behind her and is finding her ground as a single woman.

She has tried getting into the dating game once again, but it’s been tough.

“There are no men out there. And the ones who are showing interest are just useless,” she told DRUM magazine.

She explained that while she was in her 20s dating was all about fun, but now that she’s a mother, Jo-Anne (31) has become more selective about who she gets involved with.

She was excited when Lungile Radu – who produces her BET Africa show – approached her to help single parents looking for love get back into the dating scene.

“We look for appropriate suitors to fit every single parent’s relationship requirement.

“It’s the story of my life. Before kids you don’t really care who you date. It’s easy to invite a guy to your house. Once kids are involved, everything changes,” she said.

She may single and searching once again, but she is yet to find a man worthy enough to bring home. She hates the idea of introducing her children, Uvolwethu (6) and Lungelo (4), to just any man.

“He has to tick all the boxes and at this moment, it has proven difficult,” she added.

Flashback, Jo-Anne and Thami were one of Mzansi’s most admired couples. They clicked one time, when they met at a party in 2009. “I mean, she’s gorgeous! We got talking and I thought she was
a really cool chick . . . and extremely hot,” Thami told DRUM in a previous interview.

They moved in together instantly. However, reports were that things started going sour in their relationship after Thami, who played Senzo in Generations, was fired from the popular show.

Jo-Anne has remained relatively silence around rumours her ex had money problems and a roving eye, but in July she told True Love magazine their breakup was amicable.

“We just started slowly falling out of love. Luckily what we always had on our side was the great friendship we’d started off on. Thankfully, that never changed.”

They’re still in good books. “I’m able to gossip with Thami. We gossiped and had a secret language,” she said, laughing.

“We were friends throughout the relationship and are friends to this day. Thami loves his kids which makes co-parenting even easier. Just the other day he was at home to spend time with them,” she added.

Jo-Anne, herself was raised in Pietermaritzburg by her single mom after her dad left when she was quite young. Her mom taught her not to use kids to setup a man into getting back with her.

“If he hurt you, don’t use the kids to get back at him. He hurt you, not the kids.

“Whenever she referred to my dad, he was the love of her life. I only got to know the-not-so-good things about him when I was 20,” she said.

She has great respect for her mom, who could sell pies in the street, second-hand clothes and cleaned relative’s houses to send Jo-Anne and her three brothers to good school.

“Her most stable job was selling tombstones. But besides that, she cleaned people’s houses,” said Jo-Anne.

Though at times she couldn’t afford to pay her school fees in full, Jo-Anne being such a good student was allowed to complete matric.
“I only finished paying my school fees when I started working,” she recalled.

After matric, she received a learner ship to further her studies at Movietech Film & Television College in Durban.

She got her big break 10 years ago when she rose to fame as Pearl in Muvhango, kickstarting a successful career that’s seen her act in a number of soaps.

After she secured a reasonable income, she made sure her mom was taken good care of.

“I didn’t want people to say, ‘ Oh, Jo-Anne lives in a big house in Johannesburg while her mother still lives in a shack’. I had to step in and take care of her the way she’s been doing for me.

“We send my mom R2 000 every month. It’s only fair. It’s true that you didn’t ask to be born but they (your parents) didn’t choose to be poor. If they did everything in their power to get you where you’re at, then they need to benefit from your success,” she said.

She spends most of her spare time with her kids, while she is waiting for the Mr Right, to show up. She learnt from her last relationship that self love is so vital in finding happiness.

“I want that one person who knows me well and with whom I’ll be comfortable telling my secrets. I have two legs, but I want that third leg that even if I trip, I wouldn’t fall because he’s got me.

“You need to make decisions that are for me and I will do the same for you. The minute you fail to do so, I am out,” she said.