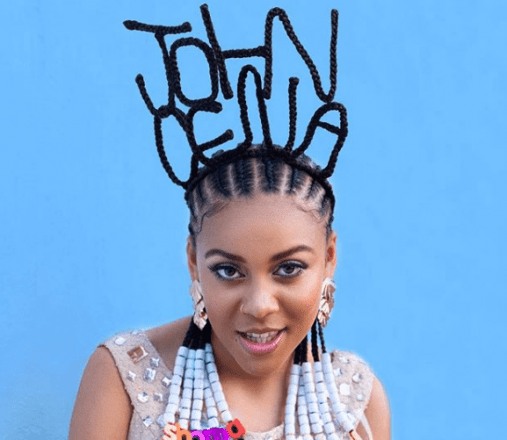 Having previously been released on popular global platform COLORS via their YouTube channel, the track went viral with over 3 million views in just a few weeks #ColorsXShoMadjozi.

The popularity of the track led to the #JohnCenaChallenge, a global social media dance phenomena where people posted their renditions of the ‘John Cena’ dance.

Best known for her Xitsonga lyrics and vibrant fashion, Sho Madjozi continues to stay at the top of her game after her album debut in December 2018.

Last year she won the Most Innovative Style at the South African Style Awards followed by her cover on ELLE Magazine (SA) in November 2018.