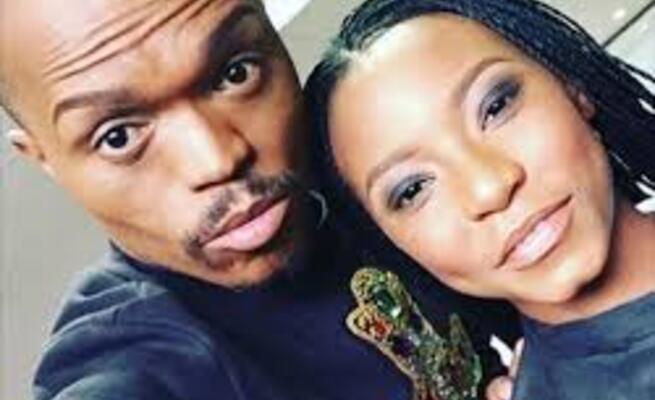 Somizi has come to the defence of his daughter, Bahumi Madisakwane, after social media bashed her for apparently bagging a role as the late iconic singer Lebo Mathosa in a biopic titled, The Lebo Mathosa Story.

According to City Press, Bahumi and singer Kelly Khumalo are set to star as Lebo Mathosa in the biopic about her life which will be released later this year.

The publication states that Bahumi will be playing the younger version of Lebo, while Kelly will play the adult version.

However, both Kelly and Bahumi wouldn't confirm their roles as they have signed non-disclosure agreements.

The Twitter streets were not impressed with the recent report and made their feelings known on the platform.

Social media users claimed that Bahumi, who only recently made her acting debut, got the role because she was Somizi and Palesa Madisakwane's daughter. They also claimed she did not have enough experience.

In the wake of the Twitter storm, which resulted in Bahumi topping the trends list on Tuesday night, Somizi wrote a letter of encouragement to his daughter.

"Listen! Never ever question why you get certain opportunities in life. You deserve everything and you must take anything and everything they said you would never have. f**k the haters. It's not your fault that you're my daughter."

Somizi added that Bahumi needed to embrace that she was his daughter and it wasn't her fault that she was.

"That's a blessing that you're my daughter. It's not my will but God's. You're the chosen one. You're gifted. Loving. Good-hearted. Talented and Smart. Let no troll make you believe otherwise," read a piece of the letter he sent to his daughter.

However, tweeps didn't agree with Somizi and made their feelings clear.

So Bahumi will be playing Lebo Mathosa😱😱
Never seen her act anywhere, but we all know daddy pulled some strings….
How I wish my dad was famous, maybe I'd be playing Schwarzenegger role too🤣😂🤣😂 pic.twitter.com/M6rZTgVp4K

After this BET Lebo Mathosa casting, all I can say is that “open auditions” are a huge SCAM! https://t.co/PMXojLGD8e

Watch! And see Somizi's Daughter Bahumi get this Lebo Mathosa's role. Just watch! Ya'll are gonna audition for nothing.

Someone called it back in April Bahumi is now gonna do the Lebo mathosa story https://t.co/wbO1WSS82f