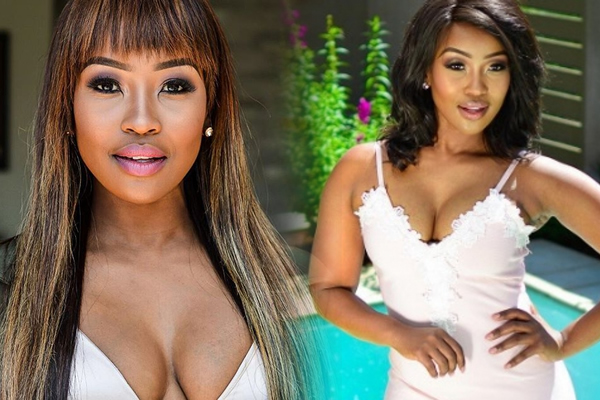 Former ballerina Lorna Maseko who has for some time been on a diet so as to keep slim is now eyeing a new career as a celebrity home cook.

Some have been wondering as to how she has managed switching from yoga dances to being queen of sautés?

“I am making up for all the years of not eating. I have always enjoyed hosting people at home and that comes with some level of cooking but being on Celebrity MasterChef ignited my passion to become the quintessential home cook,” she said.

Her adventure with food comes to a larger extent from the way she was brought up in Alexandra, Johannesburg, she took part in the Prix de Lausanne ballet competitions, travels, and being on some of South Africa’s biggest cooking shows.

This year the self-taught chef participated in several festivals such as Taste of Dubai and London, Eat Forum in Stockholm, Fire and Feast in Johannesburg and the DStv Delicious Festival that will be happening in Kyalami this weekend.

“Some people would say I am not a proper chef but learning how to do things in your own kitchen is a trial-and-error situation. It’s like dancing because of the repetitiveness — working at something until you perfect it.

“The days of being without a qualification holding you back are gone. Now there’s a level of craftiness you have to have naturally to do the job,” she said.

Her normal day is full trials, and errors, for her each day is a learning curve full of research and trying out new recipes and diets, reading, burning, fixing and capturing video footage for her Instagram and YouTube cooking show Lorna with a Pinch of Salt.

“It’s more than just cooking. I was at Food Forum with key leaders and spoke at the Chef’s Manifesto panel — a global group around the world made up of all kinds of chefs working at changing the face of food around the world.

“People are more aware of what they put in their mouths and how they enjoy food. They think about wastage. Lots of people in this country take part in meat-free Mondays, first because they couldn’t afford meat, now as a conscious thing,” she added.

She is widely travelled from as early as the age of 16, as a ballet dancer, only to discover new food things now, including pork trotters, a popular SA dish.

“I was reluctant because they’re pigs’ hooves but the gelatinous extract was kind of nice, and I have eaten caviar and oysters which are in a similar category for me, and I’ve eaten tripe and pig heads in India.

“People around the world have eaten these things, for example during wars because there was insufficient food, so you had to eat every part of the animal.

“You had to find ways to make it interesting and that’s created some of the best dishes today. I might do a pork trotters and samp for my Instagram page soon,” she explained.

Viewers got a chance to catch up with Maseko at the DStv Delicious International Food and Music Festival, September 22, at the Kyalami Grand Prix race track in Johannesburg where she was showcasing recipes from her new cooking book, Celebrate With Lorna Maseko.