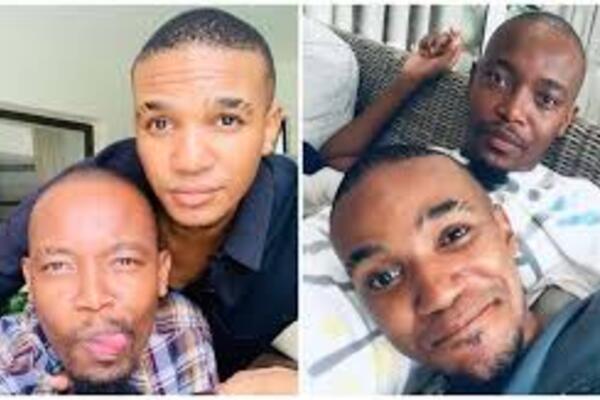 Moshe Ndiki on love and his passion

Moshe Ndiki is a television personality of note, he is living his life in line with his dreams, bought a Jeep Wrangler recently, got a dream house in one of the suburbs, while a wedding with his fiancée Phelo Bala is waiting on the wings.
Everything seems to be moving according to his plans.
He is a person of all seasons; a radio presenter, a TV host, an actor, and was recently named ambassador for Telkom. Has a tight schedule, later this year, he is expected to feature at the Feather Awards as the master of ceremonies, that is Ndiki for you.


The vibrant host of Uyang’thanda Na? on Mzansi Magic and Rea Tsotella Spicy on Moja Love shows, recently opened up about his life, and showed that he was happy with everything happening in his personal and professional life.

Commenting on his life he said; “What more could a person ask for? Things are going so well for me. It’s a lot to juggle but I am so grateful. I work daily to make sure I have time for work, family and friends,” he told Move magazine.

He is not done yet, he’s adding another farther on his career cap.

“I am excited to announce that I will be one of five mentors in Pie City SA Dream City campaign. I get to help you shape the path to achieving your dreams,” he said on Twitter.

Despite having had been in the entertainment sector for a few years he seems to be getting on well with the fame that comes along with it, and is happy with the support he is getting.

He told Move some time ago;
“I appreciate all the support people show me. Sometimes I’m surprised people actually recognise me.

The person himself is a jack of all trades, he is not only a TV, radio, who only cares about his family and fiancée, Moshe has also fallen in love with men’s health matters.

He has been using social media to dish out tips and health messages. That is not all, he is an ambassador of an establishment that supports and provides prevention, care and treatment for HIV and related diseases.

“I got on board almost immediately because I’m really passionate about the sexual health of men who have sex with other men – and they’re not always gay, by the way,” he said in a previous interview.

He works hand in glove with clinics to promote a healthy and safe living way of life.

“Think about all the men who have sex with men but don’t get tested because they’re scared of being ridiculed by nurses and doctors – there are a lot of those. That’s why this campaign is important,” he added.

A MAN IN LOVE

Moshe and his fiancée Phelo met 9 years ago, in Melville, Johannesburg during a night outing they were introduced to one another through by a friend.

Moshe happened to be a friend to some of Phelo’s cousins and they spent most of that night around each other, only to lose contact for sometime.

“But we lost contact for three years and met up again in 2014. I then moved in with his cousin, Thandile Koenaite, and that’s when we started dating,” he said.

But their love affair had been on and off breaking up here and there had been out of touch with each other for three years until they reunited again in January 2019.

“I invited his sister to my church and she dragged him along. I guess it was a good thing because we hit it back on again,” Moshe recalled.

The two lovebirds joked about how often they’ve broken up and said they attributed the break ups to being immature.

“But we are reunited forever now. We were younger then and now we decided to fix things and we wanted to settle down,” Phelo said.

Phelo added that he got inspiration from people who opened up on their homosexual relationships to their families and friends after having had been inspired by the two lovers.

“A lot of families are being broken because people are afraid to love openly. We’re just happy to inspire people to love,”
Phelo said; and added that he was happy to be in a relationship with someone like Moshe.

“I admire so much of Moshe’s strength and all the things that I am not.

“He is organised, he is stronger than I’ll ever be. I also love that when he isn’t strong, he can express himself and quickly get up.

“We sometimes fight, but I love how we talk about everything and Phelo’s willingness to accept when he is wrong,” he said.

“I know how much he loves spring and it also symbolises a new chapter for us.

“I told our families before the engagement,” he went on; “I already envisioned the kind of ring Moshe would love. But when I arrived at the store I couldn’t find what I was looking for and it took me a long time to finally decide on what to get for him.”

Moshe also took the time and showed off his silver engagement ring bragged that Phelo had planned a romantic picnic at Northcliff Hill, in Johannesburg. He said the proposal came as surprise.

“I really didn’t see this coming. He was very strange before the week of the proposal, he was distant, and he would make strange.

“He even came home late the Friday before he proposed and I was super upset. But I later found out that he came home late because he was meeting up with his planning committee,” Moshe said.

It was on a Sunday, when Moshe met up with some family members at a Spring Day braai and later linked up with Phelo after the tempers had died down.

“He told me to meet him at Northcliff Hill and because he isn’t an admin person, getting there was a mission.

“Phelo arrived 45 minutes late, he sent me the wrong location and it was dark and cold,” he added.

They finally met up for a late picnic in the hill.

“It was a very romantic setup with a blanket and a cute picnic basket,” Moshe said.

He added that he got upset when Phelo’s phone rang, for the interruption and also out of jealous.

“I was so annoyed when he started taking calls telling people where we were. But unbeknown to me, the person he was telling was a violinist who started playing our favourite song, Fall Again by Glenn Lewis,” Moshe said.

The cameraperson was at hand set up the gadgets and a minute later, Phelo was on his knees making the proposal.

Though they were yet to confirm the big day of their lives, it is believed it could be spring next year.

“We are planning on having kids and growing our family in the long run. We want proper planning so we don’t bring a child in to the world without being prepared financially and emotionally,” they said.