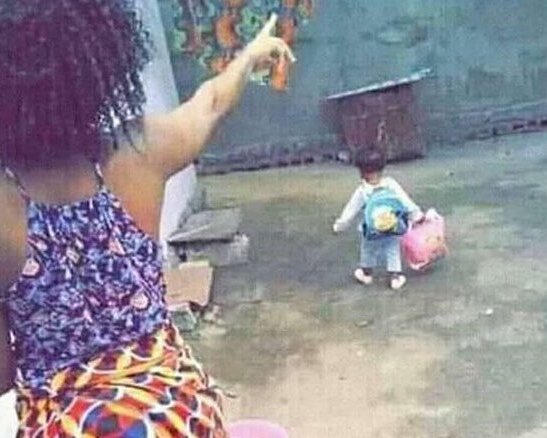 A ruling by the Constitutional Court of South Africa that it is now unlawful for parents to beat their children as a disciplinary measure, has gotten the country’s celebrities talking.

On Wednesday this week, the Constitutional Court of South Africa ruled that appropriate and fair reprimand of children as a physical way to correct children's disobedience by their parents is now against the law.

The ruling came following an appeal by Freedom of Religion for South Africa which had approached the upper court regarding a High Court Judgment which condemned corporal punishment back in 2017.

The appeal failed, and Wednesday’s ruling stirred a thread of heated debates across the country as many parents stood by a belief that they should be permitted to discipline their children as they please.

There were mixed reactions, some in support of the ruling, while others stood by the proverbial saying 'spare the rod and spoil the child.’

Among the prominent voices were some of South Africa’s biggest celebrities who gave their mixture of opinions.

Bonang Matheba, was of the opinion that many African parents were not going to abide by the ruling and will proceed doing as they pleased.

I can hear all the African moms already , “not in my household!” 😰 https://t.co/nGfk4cMsIK

The majority of parents are of the school of thought that physical discipline, when done correctly and reasonable, instils good behaviour. Writing on her twitter handle, Bonang strongly believes that African parents are not going to abandon this method of punishment.
But others, such as Thembisa Mdoda backed the new law.

It’s more about the parent’s anger than correcting behaviour, which escalated the situation and creates bigger problems in the long run🤷🏽‍♀️ !!!

The actress and presenter is of the opinion that physical discipline promotes violent conduct later in life.
Meanwhile, without denouncing the new law, Thickleeyonce said she was keen to point out that receiving a beating shouldn’t be equated with abuse.

How extreme did some parents hit their kids 😐😐😐😐😐😐😐 woah! I don’t ever remember getting even a tiny bruise from my mums hidings.

“How extreme did some parents hit their children. I don’t remember getting even a tiny bruise from my mom’s hidings,” she wrote.

The debate is ongoing, dominating social media nearly 24 hours after the judgement was made, many people in South Africa are opposed to the new ruling, but the law is stubborn, they are expected to respect it like that anyway.