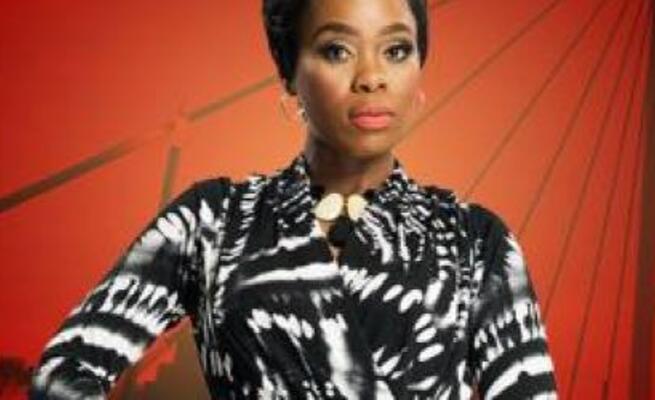 Scandal’s Boniswa Langa has graduated to the other level in the wrong direction, from good to dangerous, from a good mother, wife and businesswoman, into a murderer and liar.

Viewers who were not ready for this, should brace up for the worst and shock and it’s about to get even darker, Lusanda Mbane, who plays Boniswa, promised.

Lusanda admitted that Boniswa Langa is just making a mess of things on e.tv’s Scandal!.

“I think she must ease up and understand that her past does not define her. She is becoming way too sneaky trying to hide what she’s done. As a result, she’s just getting herself into a bigger hole and web. She is about to get to a point of no return,” she said.

The transitioning of Boniswa in the show has made actress Lusanda to research more in order to portray her well. When the mother of two, Lihlome (11) and Liqhawe (12), began acting on Scandal! two years ago, it was easy to relate to her constructive character.

“Boniswa was concerned about keeping the family together and making sure she does the best for them. When I started, I related to Boniswa.

“But now I have to dig much more. The darkness has come as a shock, now I have to find the right facial expressions, nuances . . .” Lusanda said.

As the plot get deeper, her craft is becoming more difficult psychologically and emotionally.

“Every single day I’m taking on someone else’s life. Boniswa is in a dark place and if I spend the whole day crying on set, it can really be a challenge coming out of it,” she added.

The 40-year-old actress is grateful for her supportive husband of 14 years, Luzuko Mbane, and their children who understand their mother.

She values family life and everything else is secondary. This is why she can easily identify with the protective Boniswa is of her family.

“Everything else comes from the fact she is a mother and willing to do what she can to protect her family.

“When I drop them [her kids] off at school, we recite this,‘I’m bright, I am strong, I am beautiful, and I am going to be somebody’ before they step out of the car,” she said.

Motherhood is her first and foremost calling. “I have been borrowed these two innocent souls. It is literally up to me to mould what they become,” she added.

She and her sister, Babsy Sangoni, were raised by their mother, Lulama Sangoni in Butterworth, Eastern Cape in a township called Umsobomvu.

“My dad left us when I was five years old. I grew up with a single mother who was earning R2 500 a month as a nurse. But she made sure we went to good schools and had a good upbringing.

“I was a happy child. I didn’t know that I was lacking a father, it did not bother me much,” she said.

Her mother gave them the wings to fly, she never restricted or try to inhibit their talents.

“She made me enter beauty pageants with my sister who was the beauty queen who always won. She still wanted me to enter and never limited what I could do even though I had knock-knees,” she joked.

From childhood, she knew that her calling had something to do with being up on stage, but she wasn’t certain it would be acting.

“All the talent shows – I was there, singing in competitions even though my singing was not that great. I just wanted to be on stage,” went on.

She holds a BCom, in marketing and once had a white collar job.

“I could not get into entertainment full-time. I am one of those people who comes from a time when acting wasn’t really regarded as full-time job. It was more like a hobby,” she said.

Lusanda who had been often rejected at auditions had her breakthrough was on Generations in 2011, a role that lasted for a year.

“I don’t struggle with rejection at all, I understand that it is part of the game. Every ‘no’ you receive takes you a step closer to the ‘yes,’” he said.

For her, the Scandal! role is a confirmation of her belief, that a no is just part of the journey in as much as a yes.

“It taught me that delay isn’t denial. I am most grateful for the breakthroughs, regardless of the fact some happened later than I would have thought,” she drove the point home.

“Getting my breakthrough as an adult with children and a husband meant I was more grounded, therefore I escaped some of the dangers of the industry because I already knew who I am,” she added.

The pressures of the trade like having plenty of social-media fans doesn’t bother her.

“I guess I have overcome it by taking it for what it is and not allowing it to change who I am,” she said.

In 2002 Lusanda started a foundation called Zazi Zithande Zithembe (Know Yourself, Love Yourself, Trust Yourself) where she talked about issues affecting women, gender-based violence and promotion of self esteem among women.
In an interview with Move, she described it as an expansion of her passion, sharing life notes with others.

She got her own share of backlash from the public when out and about with friends.

“They tell me to my face that they don’t want a picture with me, that I ’am a witch, I am a liar and all those things,” she said jokingly.