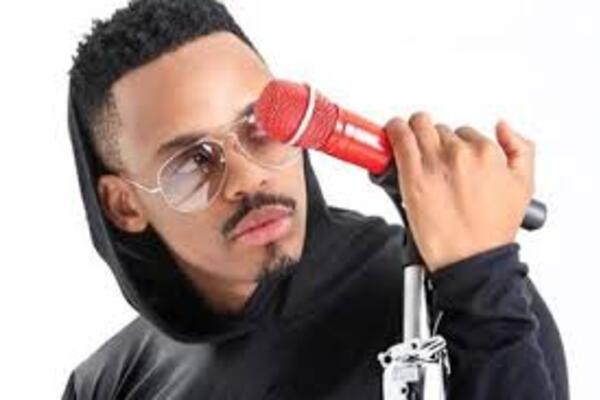 Singer Donald on his new album

Donald Moatshe (34), who is affectionately known as Donald, is honouring women in his new album called ‘Her Name Is.’

He stood the test of times; the battle hardened and seasoned performer for about 10 years as a solo artist, has seen it all in the entertainment industry now pays tribute to women.

His new album is a script that suits every woman, any female can personalise and make it her own. A local publication caught up with him.

THE TIME IS NOW

His latest double faced album has 20 tracks. Fans will be treated to his trademark house sound on one side of the album and a more Afrosoul sound on the other.

This personalised and tailor made album was an act of hard work and determination.
Donald who was flanked by one of his mentor Given Ngwenya during the interview admitted: “This was definitely the most difficult album for me.
“I remember when I was writing this album, I sent him (Ngwenya) a message saying if this album doesn’t work out, I’m probably going to quit.

“There’s something that I went through while writing this album that will sit with me for the rest of my life.”

He appeared to be going through the worst in all avenues of his life. “Business-wise I was in heavy debt. In 2016 I decided to do the Red Mic Xperience and used all the money I had to do it. It was a R2,2 million project. I was also trying to make sure people don’t forget that I’m still an artist,” he said.

LET’S GET IT PERSONAL

Donald has gone through a lot both career wise and his love life. He tried to make it as an artist in 2010, but it was hard until in 2011, after he got into car accident.
"This was during a time when I had just moved from Will of Steel productions, which was owned by DJ Cleo. I had a car accident alone. I don't really know what happened. I just lost control of the car. That resulted in friction with my partner at the time.
“I wasn't getting the support I needed from her during the recovery process. When she finally decided to come around, I was over with the relationship and decided to break up with her.
"A month after that while I was still at home recovering, I wrote The Love I Know I Deserve, which happened to be the song that changed everything for me. I wrote that song while very mad and disappointed,” he explained.

Now working on his fifth album, he boasts of two platinum categories for ‘Train of Love and Black and White,' selling over 30 000 copies, but for him money isn’t his biggest push factor. “You can’t make music because of your bank account. Music is way too honest and real.”

In 2013 he was nominated for a BET award for Train of Love, even though he lost to Nigerian artist Ice Prince. It was a major highlight for him, he came to realise that a gift can take one anywhere.

Four years later, he released Something More, the first ever visual album released by a South African artist. A visual album is a concept where the musician releases a video with each song on an album.

FOCUS ON THE FUTURE

In the outlook, his focus now is building a legacy, he wants to be a teacher, pioneer in the music industry. His prime dream is to open an academy. “I want to teach how important it is to grow and develop your talent before you decide you want to be an artist,” he said.
On his love life, Donald is still single for now, and wants to get married in the next three years.