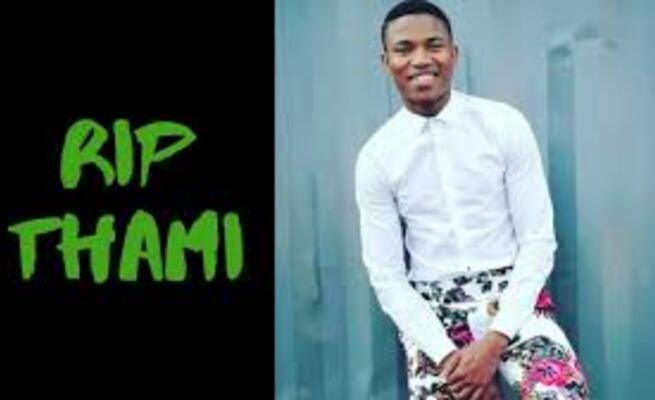 It was November 2018 and in a chat with TshisaLIVE, singer Thami Shobede predicted that his music would be timeless and remembered for many years to come. Ten months later news of his death sent shockwaves across the country and left fans in mourning

The Idols SA runner-up died at Kalafong Hospital in Pretoria on Thursday morning, with Gallo Records confirming his death in a statement to Sowetan.

Brimming with energy and optimistic about the future, Thami spoke candidly about life after the popular TV music competition and resolved to never "fade" into obscurity.

He also spoke about his career and said his goal was to create timeless music that he would always be remembered for.

Here is a glimpse into our last chat with the star:

The unfortunate fate of "disappearing" that seems to befall former Idol SA favourites is a real fear for artist Thami Shobede who, in the quest to keep his star shining, is knocking on doors all by himself and winning.

The 2016 Idols SA contestant is one of the few artists scouted by the competition that has stood on his own feet and taken his career further after his season ended. He told TshisaLIVE that he was going to protect his light against all kinds of winds.

"I can assure you that I have no plans of fading out or fading away. If anything, I am on the road trip to my next album that I have decided will only be released in 2020.

"I plan on having activity around my brand all the time until I have my album out. I am all about presence and I don't plan on falling under the pressure of just releasing an album when there's so much that can be done with existing music. I just know that I am not going anywhere. In ten years' time I'll still be here with timeless albums, even if it’s just three of them," Thami said.

The Sthandwa hitmaker said he was well aware that part of the problems former contestants were faced with was record labels or management not renewing contracts because they were not selling albums.

Thami said he planned on kicking down doors for himself and always helping his management and record label help him to reach his maximum potential.

One of his most recent activities that reminded Mzansi of the smooth-voiced artist was the social media campaign he began on a whim to shoot a music video that would have a super fan as the leading lady and be shot by rising stars.

"I decided to not let my fate be in other people's hands entirely. I woke up one day and I decided that I wanted to shoot a video for my song Thenjiwe because my people had been waiting for a video for, probably, the whole year. I also wanted then to be a big part of the video so I posted as such on social media that I am looking for Thenjiwe."

Over hundreds of DM's later, Thami with the help of his assistants chose Sthe, who will be the leading lady in the music video that will be released later this week.