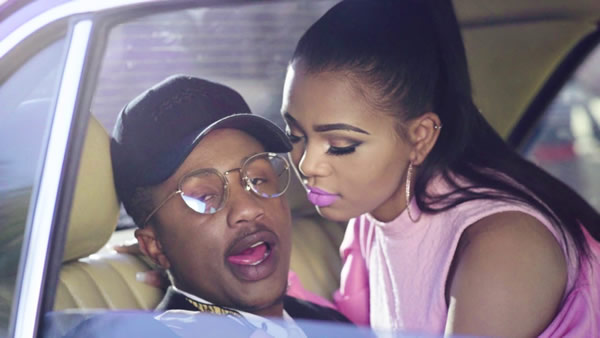 Barely a week after Emtee (26) who was accompanied by his partner, Nicole Chinsamy ( 23) to DRUM magazine’s offices in Auckland Park, to give his side of the story regarding recent news items about him, he is back again in the news.

Emtee has come out fuming, and wants to shut down the unpleasant hints that his wife, Nicole Chinsamy is a gold-digger.
Since the two Emtee and Nicole, went public for the first time regarding their love and romance, some of their followers have always had something unpleasant to say about Nicole.
However, one such insult that has stood out prominently is that Nicole is a “gold-digger” who not about love, but after material things only. Emtee is not happy at all hearing this.
During an interview on Slikour On Life, Emtee took the opportunity to set the record straight. “She was with me when I didn’t have R1 in my pocket, when I didn’t have a home. She used to
sneak me into her crib and now suddenly she turned into a gold-digger.”
Emtee said it worries him a lot, to come home and see his wife not happy all because of these
claims.

“I get home after a long day of hustling, excited to see my wife and kids, yet I find my wife sad
because of everything that’s been said about her. How do I even begin to explain to her?
“People must stop referring to his wife as a gold-digger,” said the rapper.
Emtee also revealed that his former record stable Ambitiouz Records owns all of the cars he has
been using, and that he owns nothing. He added that he was currently using Uber and he’s okay
with that.