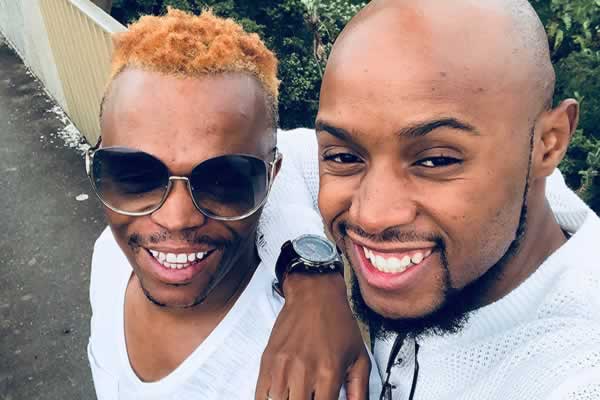 Somizi planned his engagement for three months before he pulled off the ultimate surprise and proposed to his bae on the love lock bridge in Paris, with the Eiffel Tower behind them.

It's been about two months since then and Somizi is still reflecting on it. He told his Metro FM morning drive time show co-hosts that he was super worried ahead of the engagement because he wanted it to be perfect.

"It needed to be right. I thought about it for three months. I was so nervous. The proposal was the worst (for my nerves)," he said.

Somizi recently opened up about his relationship with Mohale, responding to questions about gender roles.

"We are both men who are in love. We are not playing roles. We are born gay. It’s not an act. It’s who we are," he said.

When opening up about his engagement, Somizi said it was Mohale who originally wanted to pop the question.

"We did discuss getting married and the proposal, but he said he wanted to propose. That's what made it such a big surprise."

Although the rumour mill has been going into overdrive with speculation on the wedding date, Somizi said that their engagement was not going to be a long one.

"I wanted to wait for the right time to tell everyone, but eish. Paparazzi. I'm not a long time engager. I'm not talking about getting engaged 7 years ago. It must be within a year-ish," he said at the time.