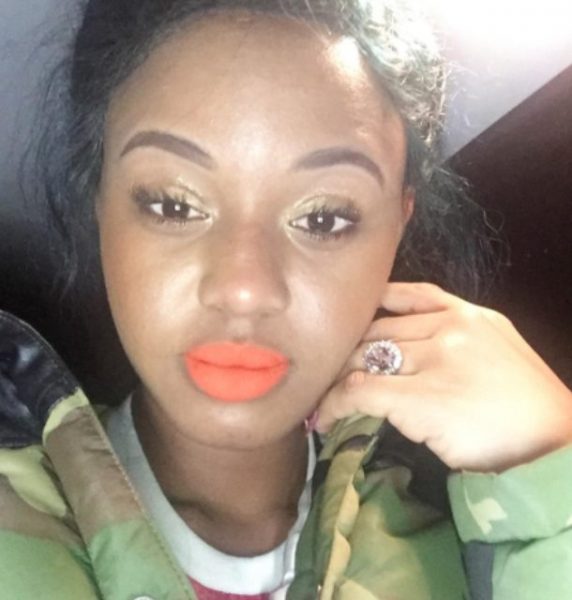 On Sunday the perpetrators tweeted their confession and apologised for a series of nasty posts which have caused the gqom singer embarrassment over the past few weeks. 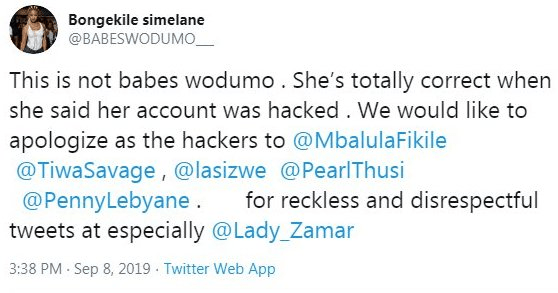 The tweeted; "This is not Babes Wodumo. She’s totally correct when she said her account was hacked. We would like to apologize as the hackers to @MbaululaFikile, @TiwaSavage, @lasizwe, @pearlthusi and @pennylebyane [and] for reckless and disrespectful tweets at @ladyzamar

They also apologised for the xenophobic tweets that were posted last week; 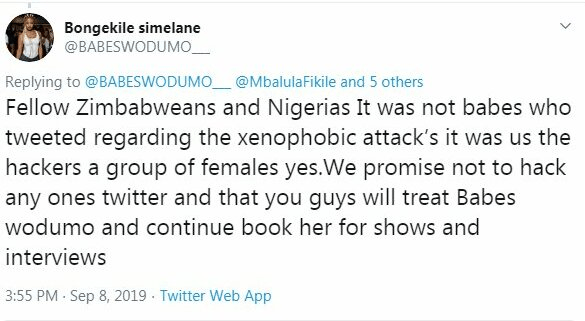 "The previous tweets have been deleted and we sincerely apologize. Babes will be given her account today

But it seems the hackers are not done. They couldn't resist a final shot at TV presenter Bonnie Mbuli, seemingly over her Twitter shade at rapper Sho Madjozi