Home Celeb Gossip KING MONADA fires Funnyman for taking his son (5) out without his... 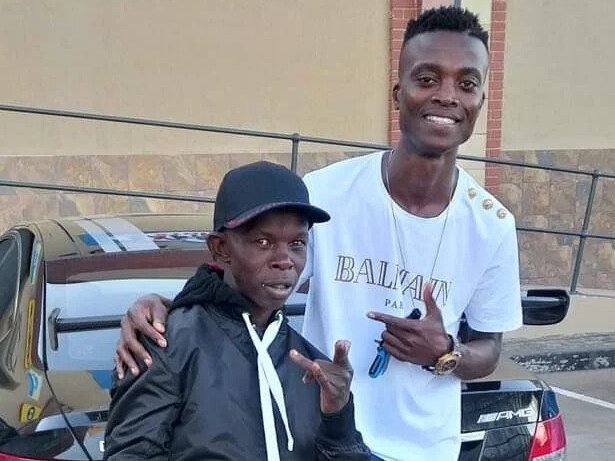 KING MONADA and his manager Albert Makwela, were attacked on social media by their fans after they sacked Peulwane Selowa.

Makwela announced on his Facebook page that they have fired Peulwane for vanishing with King Monada’s baby boy, Junior (5), without their approval.

Peulwane recently released a hit with King Monada titled "Dumetja" and during his first performance at a Spring bash in the University of Limpopo on Saturday, he pulled the crowd.

When Monada met funny man Peulwane a few months ago, he was wondering the streets of Mokwasele village where people would take videos of him making funny comments.

Peulwane’s sacking comes after he left with Monada’s 5-year-old son for more than two hours on Sunday in stranger’s car suspected to be of his fan and went at a tavern in another village (Lusaka) to drink without informing the Ska Bhora Moreki hit maker.

King Monada said that he was hurt when they took the decision to sack Peulwane because he took him from the street and give him a better life.

"I can’t let anyone leave with my child without my permission, I was pissed off but I treated the matter with sensitivity because I still like him. I will look after him through someone from his family."

“I like Peulwane, he is funny and had to do when I saw he had spent most of his time on the street where people captured him on videos and post him on social media for fun. I was taking care of him and right now he will be at his home and I will take care of him through his close family member,” he said.

Makwela added that they understand and know how much their fans love to see Peulwane them but had to leave him out going forward because he is careless.

“He left with the boy in a car that we don’t know and without informing us. We had to get the police to search for him and the boy,” Makwela said.

However, their fans are not buying their story.

They are actually accusing King Monada and his manager Albert Makwela for being jealous after Peulwane’s performance has improved.

Makwela added that fans will always comment badly on our pages but “we do not care as we can’t allow our company’s name tarnished by any of our members”.