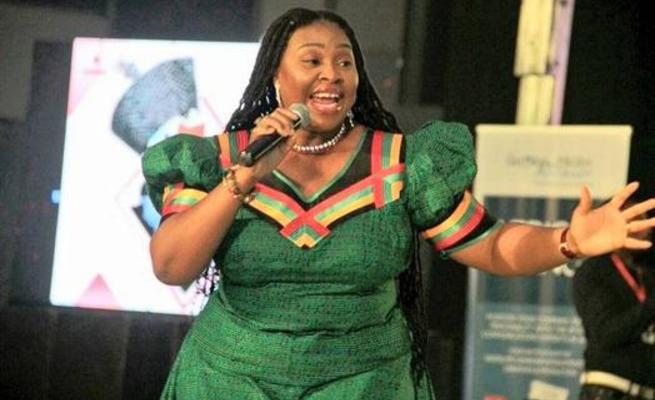 Yvonne Chaka-Chaka, whose radiance and youthful spirit makes her the life of the party everywhere she goes, has wowed the crowd once again. This time, it wasn’t her amazing voice that impressed the masses but rather her dancing skills!

The Princess of Africa was in Botswana yesterday for a performance at the #GIMCJazz festival. It was during the band’s soundcheck when Mam’ Yvonne showed us what she’s made of. Check it out:

Haaalala! Dr Malinga, sir, hai no we think it’s safe to say that you’ve been served!

Of course her followers couldn’t help but reveal their awe at this killer dance move. Even Felicia Mabuza-Suttle was just so impressed. She commented and said: “Tshisa @YvonneChakaX2!
U lahlumleze (you’re doing the leg kick) I see makoti wethu (our daughter-in-law). Impressed!”

Felicia went on to mention that Abigail Kubeka – who had gone to Atlanta together with Leleti Khumalo to receive honorary awards – was also rocking the stage with her dance moves.

“#AbigailKubeka was also rocking here in #Hotlanta”, she wrote.

Our Queens definitely know how to rock the party!

Back to Yvonne Chaka-Chaka, did you know that she used to do gymnastics and karate?

I did gymnastics and karate my child so it’s in the blood. 🙏❤️ https://t.co/4qrnjy46Nu