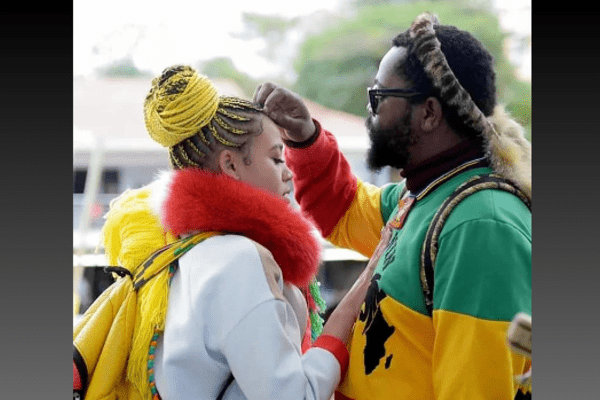 Although she is the person of the moment in South Africa, for the John Cena hitmaker Sho
Madjozi to be successful but without someone to enjoy the success with; is just as good as
feasting alone, she is now ready for love.
Madjozi, the BET award winner opened up to a local publication in an interview recently on
how she felt about her music being well received at both local and the international front.
She confessed that while her musical beacon is on the ascendency, she was surprised by
how she has made such a big impact in a short time. She accepts the approval, and is ready
to raise the bar in her career even higher.
She spoke about the experience of receiving a call from from John Cena; a wrestling
champion whom she adored from watching him on television while growing up in a small
village in Limpopo.

The singer told Tshisa Live, “It’s crazy that I got a shout out from John
Cena who I used to watch on TV. Seeing that I was living in the village with my aunt, we
didn’t really have a TV at home. The only time we were able to watch TV was when we watched Generations and WWE.”Speaking about her music, Madjozi admitted said that currently, her music was indeed a reflection of her personality.

Relating her music as ‘Heartbreak Gqom’, the singer was ready to make it known that she was single and searching, more than ready to have someone with
whom to share her pleasant journey.

She added; “I don’t want to play hard to get anymore. I want to be with someone who I feel for, genuinely.”

At a glance, looking at her comments section clearly shows that the major problem for her as it stands was not the shortage of suitors but, cherry picking from a hand full of possible
and ideal candidates could be her key challenge.

Of late, Sho Madjozi’s love life has been on the spotlight more often; most remarkably when
she sarcastically expressed gratitude to her ex-boyfriend for breaking her heart, the exact
misfortune which inspired her award-winning music.