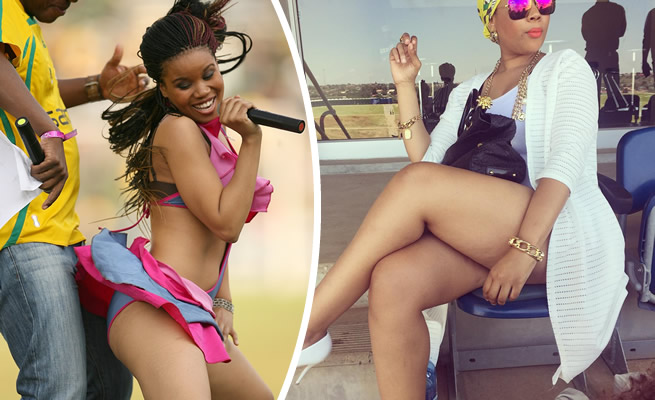 “Just because you are famous it doesn’t mean you have to relax. You have to work harder because all eyes are on you.” Those were the words of advice from renowned songbird Chomee whose real name is Thulisile Madihlaba.

Flashback, Chomee was only nine years old when Arthur Mofokate signed her to his record label and groomed her into one of South Africa's most popular artist, she became known as the first lady of 999 Music.

In 2017, she left her ex-lover’s stable and went solo under her own company, Divatainment. But barely a year, she retraced her footprint back to 999 Music, and is said to be happy to be were it all started; Arthur’s company once again. 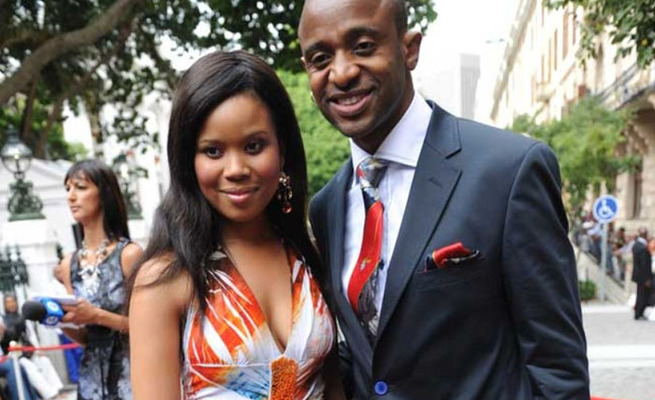 Apparently, Arthur has been in and out of court on charges of assault after his ex, Cici, accused him of dragging her 300m down the road in 2017 while she held onto the handle of his car door. But when the matter propped up again, Chomee argued that Arthur is not that type of a person who would do such a thing. She said he was never a woman basher.

Recently she told DRUM during an interview that her response then, was based on her own experiences. “I wasn’t going to lie because someone is accusing him of abuse. He’s never abused me,” said Chomee, who was in a long-term relationship with Arthur until 2014.
She said she was not taking his side for any sake, but speaking from her experience with him, and added that the verdict is for the court. Meanwhile, some time in 2018, she found herself at the receiving end of fans' sympathy she disclosed that she was broke because of music promoters who owed her half a million rand dating back to 2010. “After that story came out, people felt sorry for me,” she said.

She did not give gives of her so-called debtors, but history has it that the 2010 gig was arranged by Native Rhythms boss, Sipho Sithole. Regarding her return to 999 Music, Chomee told MOVE magazine in 2018 that she was not back with Arthur fulltime but he was only helping her here and there.

Though their work relationship is purely professional, she admits that feelings don’t just disappear, added that they had respect for each other.

She was nominated for the corporate gig at Moshito Music Conference and Exhibition by the South African Arts and Development Association (Saada), a non-profit organisation she is treasurer of, which was founded by Arthur and Sipho Sithole who is believed to be one of the promoters she claimed owed her money is also on the board. But said it was always good to work with him. “We have always been good with Sipho,” she said, and added that her social media outburst about being broke was meant to get things settled.

“There was a payment that was owed to me. But it was taken care of. The fact that we work together speaks volumes. There was a conflict and we were able to resolve it. So it’s sorted now,” she said.

Chomee who draws inspiration from the Princess of Africa, Yvonne Chaka Chaka, who’s been in the industry for over three decades, is determined to learn much from one of the greatest musicians.
“Mam’ Yvonne has used her brand to do things in the corporate world as well. That’s been an inspiration for me,” she added.

On the other hand, Arthur, has been accused of embezzlement of up to R6 million in cash allocated for Saada by the National Lotteries Commission, by his former manager, Brian Mokoena, the Sowetan reported recently.

“Arthur Mafokate transferred the money into one of his business accounts and in the process, cooked the NPO books with the help of accountant [name withheld]. This money was eventually used to buy a guesthouse, La Villa Rosa for one of Arthur’s companies,” Mokoena wrote in an affidavit.

Arthur has denied any wrongdoing or theft.

Apparently Chomee said she has learnt a lot in the time she was on her own, and appreciates the importance of written agreements for every business she commits to.

“It doesn’t matter whether you know the client personally or not. You must not base it on trust. We must not mix business with pleasure.
“I’m learning and growing every day. I know I need to keep challenging myself and grow my brand beyond and above just being on stage,” she said.

It has been a while since she last released anything, her single Zozela Zalala dropped in 2017 had fans wondering when would the next be coming.

“The truth is I don’t know when I will release something new. I don’t want to release something I’m not happy with. I have songs but I’m not sure about them,” she said, not blaming her separation with Arthur for musical slow-down. “As much as we were in a relationship we knew how to separate business and pleasure.
He was my boss and was very strict when it came to work related matters,” Chomee said.

She is in a relationship with someone she is not willing to say much about and the two are planning to get married, and live happily ever after.