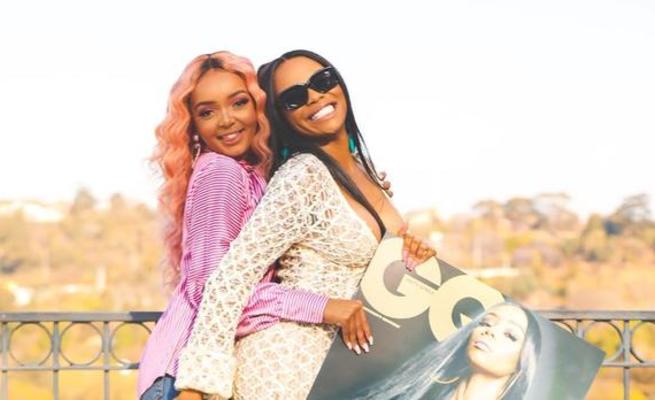 Even with the high unemployment rate in SA, reality TV star Tebogo aka Pinky Girl Mekgwe had the guts to quit her day job after her colleagues found that she was related to Bonang Matheba.

Having worked in IT for seven years, PinkyGirl resigned last year, claiming she was treated "differently" by her colleagues because she is Bonang's cousin.

In an interview with Move Magazine Pinky said, “I quit when my colleagues realised I was related to Bonang. Some started acting awkward. Especially, my female colleagues gave me a hard time. Some even called me Bonang’s handbag because I was always with her and they said all I do is hang around her.”

Paving a new career path, PinkyGirl publicly decided that she was going to pursue a career as a DJ.

“I’ve been practising, and because I’m a technical person, I picked up a lot in the first week from my mentor."

Pinky recently tried her hand at presenting, appearing on V-Entertainment.

During a segment on the show, the reality star encouraged people to tune in to the show and catch her on Being Bonang.

A clip of this was shared online and went viral with some claiming that she was not good enough for TV, and should "stop confusing herself".

No…. This ain't it not sure if people still watch @VEntertainment but respect your viewers come up with something fresh you know your target market is young 16-27 get younger presenters who are actually good

She responded that she was nervous.

She may also want to avoid the agony aunt career route after also coming under fire for her advice to avoid "broke" guys with no direction in life.