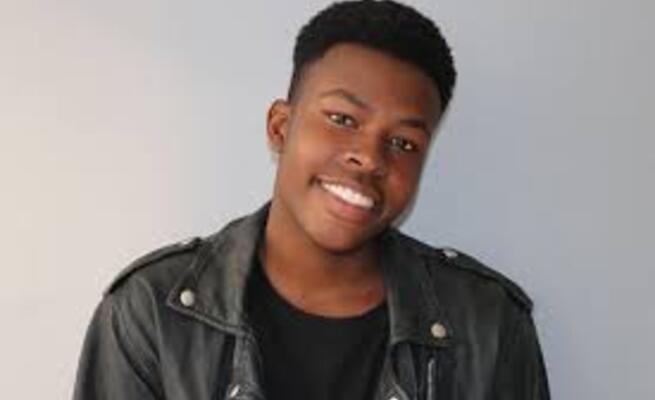 Many South Africans will find it unfamiliar that Generations, the Legacy's Paballo Mavundla is a shy person, even though every aspect of his life is engulfed in drama, which he claims to be his first love.

He strongly believes that actors/ actresses should also let people know their real lives which are sometimes far from the fiction presented on set.
Paballo (20) had fans delighted over his role as the naughty, rebellious teen Nkosana on The Herd.

The young man, in real life has nothing in common with the character he plays Nkosana, “It’s actually quite crazy how people see your character on television and immediately assume that is how you really are.
“I am an extrovert, but people will find it incredibly surprising to know that I am really shy, and it takes a while for me to open up,” he said.
Paballo views himself as a human being who is down to earth, shy and somewhat sociable person from Meadowlands in South Western Township (Soweto).
Paballo saw his acting career scaling heights at SABC1 soapie Generations: The Legacy in 2018. He plays young varsity student Crazy J and he recalled how ewe stuck he was when he landed the role.
“I will not lie, it took me by major surprise because I had been to so many auditions with no luck,” he told a publication.
The 20-year-old enrolled at the National School of Arts in Johannesburg in 2017 where his passion for acting was born and nurtured.
“Being there really did so much for my development and I really believe I am where I am right now because it really was a step in the right direction,” he added.

KEEPING IN THE LANE
Though it might be too early judge, according to the youthful actor, his fans responded to Crazy J in a very different way as opposed to Nkosana.
“I have been typecast as a rebellious kid and that confuses people a little, but I guess I am that convincing.
“I haven’t got anything close to the hate I got with Nkosana. But I was told to prepare for it with that character so I do not let it get to me,” he said.
Paballo has a secret way to deal with hate, and controversy, by keeping away from consumer generated media (social media).
“I do not want to be too invested in social media because it is not healthy and it can really have an impact on how you think and view the world.
“I had to make a decision to not listen to what is being said and just do what was best for me,” added the young actor.
Paballo strongly believes in the notion 'the first cut is the deepest' for him while Crazy J would have the same impact as Nkosana had, but said his first role is the most imprint in the fans' and will always be the one they remember him for.
“I am not trying to erase Nkosana. I am embracing it. Look at Sello Maake KaNcube – he has played so many roles over the years but will always be Archie Moroka [from Generations]. The same with Connie Ferguson. She will always be Karabo,” he said stressing the point.

His main focus is in trying to be a role model for his peers especially those in Soweto, would be glad influence them positively, instilling self confidence in them. He had a word of advice for them;
“Dream big even when you share your dreams with people and they think they are ridiculous, especially the ones in Soweto.

“Circumstances can never determine where you end up,” he added.
While his sights are to be thrown the deep end, cast in a role that would shatter the box office one day, he is a man who lives a day as it comes. As for now, he much obsessed with perfecting his acting skills so that he can achieve his goal.