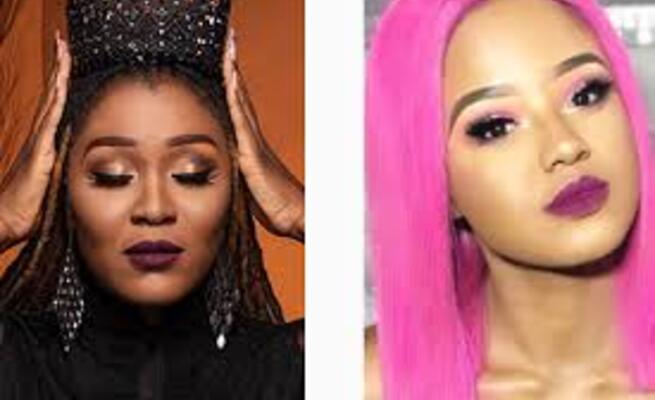 Babes Wodumo has denied she mocked Lady Zamar over her acne in a viral video this week, telling TshisaLIVE it was not her in the footage and that her Twitter account had been hacked.

Babes was slammed by social media users and trended on Thursday after the video was shared online. In it, a woman can be heard poking fun at the Collide hitmaker's acne during her appearance on hit reality TV music competition Idols SA.

“You’re busy laughing at this child on Idols and your face is like this," the woman is heard saying.

Speaking to ThsisaLIVE, Babes denied it was her in the video, saying she woke up on Thursday morning to news about it.

"I woke up to calls telling me I was trending on Twitter and had no idea about the video. This person who hacked my account is asking for money. It was not me," she said.

Many on social media expressed disappointment in her, with media personalities like ThickLeeyonce and Mo Flava defending Lady Zamar.

@Lady_Zamar is a hit machine. Her albums sell more than most in her space. She’s got more hits than many. So what if she has a few pimples on her face. She’s actually been pretty open about it. Her music speaks for her,not her face. Ok I’m done