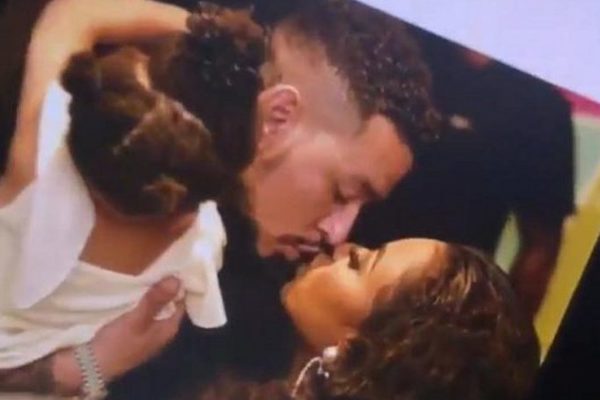 Riky gave his Twitter followers a preview of the upcoming track.

AKA can clearly be heard giving his girlfriend DJ Zinhle a shout-out in one line.

“Kalawa Phakati, uDJ Zinhle… on top of the charts, nobody gon’ shake my confidence. I look you straight up and down,” AKA raps.

DJ Zinhle replied to Riky’s tweet with the word “expensive” and a flame emoji.

The collaboration comes as a surprise to some. Riky Rick was once a close friend of AKA’s rival, Cassper Nyovest.

“… I have a feeling sum guy sumwhere will be whining after dis… talk bout how friends betrayed him yada yada. Nonetheless, dis is a smash hit,” one tweep wrote.

But AKA is leaving his drama-filled days behind him.

“Thank You for your patience. I’ve spent the last few weeks and months readying myself for a strong finish to the year and most importantly, a sound that we can all be proud of,” he tweeted.

Thank You for your patience. I’ve spent the last few weeks and months readying myself for a strong finish to the year and most importantly, a sound that we can all be proud of.

The Fela in Versace hitmaker encouraged his fans in a separate tweet to ignore online insults.

“Next time someone says something insulting to you on twitter, just pretend like it’s in a language that you don’t speak or understand. It’s just words at the end of the day.

“Words from someone you don’t even know. No use getting upset about it.”