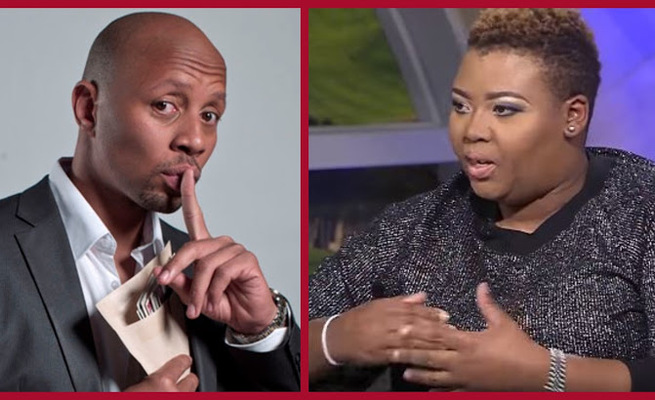 The Radio 2000 presenter has apologized to Anele for saying that she was not fit to judge the 2019 Miss South Africa pageant.

Phat Joe joked that her inclusion on the judging panel was just to make up the numbers.
Anele revealed on Twitter that the controversial presenter called her to say sorry

“Just took a call from Phat Joe. He apologised. I accept his apology,” she wrote on Twitter.

Anele added that he told her he was joking when he made the comments.

“I appreciate the fact that he did not want to dictate how I reacted in my defence to what he believed was said in jest. We live. We err. We heal.”

Miss SA this week unveiled its all-female judges for the Women’s Day ceremony.

Some Twitter users mocked Anele’s weight and looks, questioning how she was chosen.

It didn’t help that Phat Joe made light of the situation on his Wednesday show.

Anele did not hold back telling him how she felt about his. She called Phat Joe “washed out” and claimed that he has always been obsessed with her.

Anele also called him a piece of s**t that cannot hold onto a job.

“Phat Joe is so obsessed with me. Like a dog barking at cars that won’t ever stop. He should concentrate on being at a radio gig longer than 5 min,” the 947-host tweeted.
Anele has since deleted some of her tweets directed at him

Some Twitter users believed that the drama was all a PR stunt ahead of the pageant on Friday.