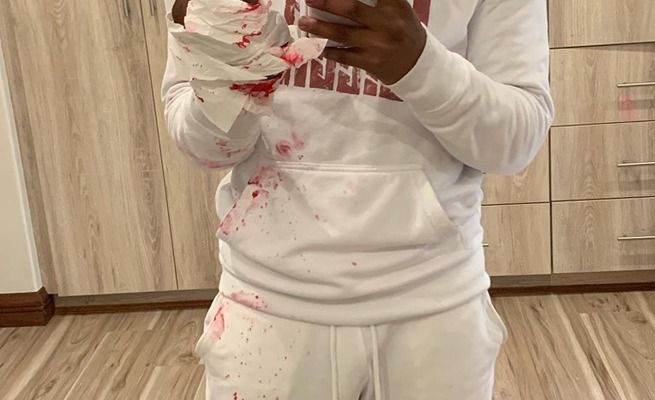 – Local rapper and hip hop artist, Nasty C, left his fans and followers asking questions recently after he shared a picture of himself with what appears to be a bloody tissue wrapped around his hand

– The Mzansi star was mysterious about the incident, putting the situation down to “commitment”

– Nasty C also then shared a video of himself appearing to shoot himself in the hand, which only confused Mzansi more

South African musician, Nasty C, left many of Mzansi’s social media users in a state of confusion recently after he shared a picture of himself on social media.

In the image, it appears that the Mzansi celeb is injured.

The local rapper mysteriously explained in the image’s caption that the incident was something that “comes with commitment”.

The situation was only made more confusing when Nasty C posted a video on social media showing himself ‘shooting’ himself in the hand.

Many of Nasty C’s fans and followers were completely confused and were desperate to know what had happened to his hand.

Some tried their hand (pun intended) at guessing what the talented hip-hop star could be up to.

Here are some of the comments he got :

Leloh Chilli Bite Ncube You shot your self…. That's dope.. I'll do it as well. 😜😜

Dungu Mhangwana We still need Good music with that blooded-Fingers 🔥

Others, who saw the video he posted, believed that the star really did shoot himself in the hand.

Aminu David Yeah i saw the video, stop messing around 😂