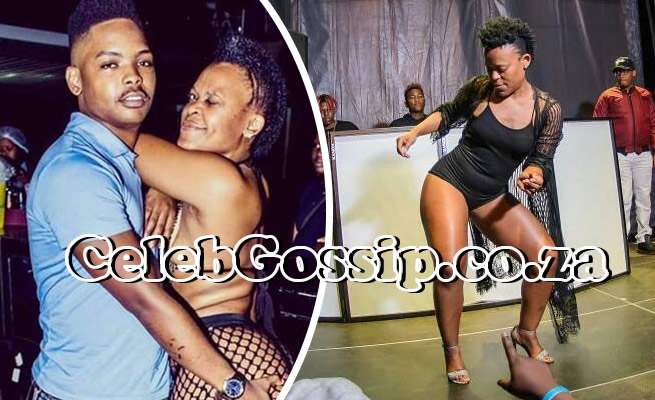 SHE’S known as a rule-breaker, a hustler, a woman who doesn’t care about norms and taboos. So it’s no surprise she’s turning tradition on its head once again and doing things her way when it comes to the man she loves.

Now put all that aside because things always change. Local entertainer Zodwa Wabantu is determined to get at least half of her lobola money back since calling off her wedding.

Zodwa Wabantu (35) has never been shy and when she made up her mind that it would be happily ever after with her much-younger sweetheart-then, Ntobeko Linda (24), she took matters into her own hands. The short-lived big moment happened at Eyadini Lounge in Durban, the place where she first rose to fame.

She knelt down and asked her Ben 10 man if he would marry her. Gladly, he obliged. However, when the time came to wed, Ntobeko developed cold feet and refused to tie the knot. This was after the panty-less dancer and Vosho Queen had already paid R80,000 lobola for her lover.

Now the entertainer is demanding her lobola back as things have gone haywire. Speaking to Drum after saying she needs to discuss a way forward with her ex-fiancé, Zodwa has clearly made up her mind – the wedding is officially over and there's no going back this time.

The wedding preparations were all set for the alter, from the lobola negotiations to the wedding dress, but, the 33-year-old won't let her hard work go to waste.

Zodwa revealed that Ntobeko’s family would have to give her hack at least half the lobola money.

"We will have to split the lobola money in half. It’s only fair" she said.

The reality TV star isn’t prepared to let her wedding gown go either.

"I’m planning to wear it [the wedding dress] on the last episode of Zodwa Wabantu: Uncensored," she revealed.

Zodwa’s love for her work may have been one of the reasons she decided to call off the wedding indefinitely, but had she had the power to turn back the hands of time, Zodwa says she wishes she and Ntobeko didn’t do things just for fame.

"When you do things for people, you end up not doing them the right way. Ntobeko is still young, I won’t satisfy him when he decides to have babies," she said, adding: "I’m too old to get pregnant."