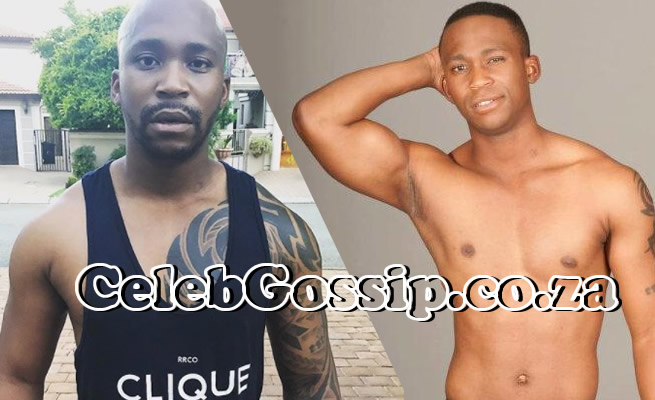 Apart from all his exploits so far, it is his role as Obakeng, a gun-slinging, fearless gangster, in Isidingo, that fans can easily identify him with.

A musician, actor and brand ambassador, is one of South Africa’s most decorated and sought after entertainer.

Since coming back to the SABC3 soapie in November 2018, Anga Makubalo, made memorable waves in the minds of viewers, making them ‘prisoners’ of their television sets as they anxiously await the turn of each episode.

32 year old Makubalo moments not too far back, played part in the Distruction Boyz’ new Gqom single, Sinenkani, together with DJ Tira. The song just released, has already claimed its place in many clubs.

Matters of the heart, Obakeng falls into an interracial love relationship with Anja Lategan, played by Lee Visagie. Fans are against the affair, not because of it being interracial, but because they detest Obakeng's ways and dealings. He is complete the opposite to what fans could approve for a 'boyfriend' to well cultured Anja, who hails from an affluent family.

At one time, Obakeng is locked behind bars, endangering Anja's reputation, by being associated with the gangster.
Interestingly, Anga and Obakeng, are completely strangers in temperament in real life.

“I’m a nice guy without a drop of a gangster in my blood, and playing Obakeng took a lot of research and training with my acting coach,” he said.

Anga is an award winner in both his areas of endeavour music and acting, the pre-adventures he enjoys with similar measure. Anga believes acting though as a calling but need nurturing and grooming through a mentor, and attends acting lessons by veteran actress and acting coach Dorothy Ann Gould.

Anga believes in the notion that artists should always embrace working with fellows, he once worked with singer Nichume before her untimely death last month after allegedly committing suicide. He got to know Nichume’s music through her record label boss, Mobi Dixon. And he opens up how she had always wanted to collaborate with him.

They did a song together which Nichume could not live long enough to see it released. And fans are anxiously awaiting, after sampling a clip of its video that was posted by Anga. He and Nichume named the song Camagu (to acknowledge the ancestors) because it was a very spiritual song, says Anga.

The presenter is an animal lover, he enjoys spending time with his dogs, Cova, Tony, and Yayo, which he takes to dog training weekly, to instil discipline in them. Anga Makubalo is a South African actor, model and singer who is also best known for his starring role as MJ Memela, the son of the vicious Mawande, in the SABC1 soap opera Generations, joining the cast in December 2011.

Makubalo, also known by his music stage name NaakMusiQ, is a gifted artist. Interestingly, at time someone once told him, that he can’t sing, a prophecy that came to be untrue.