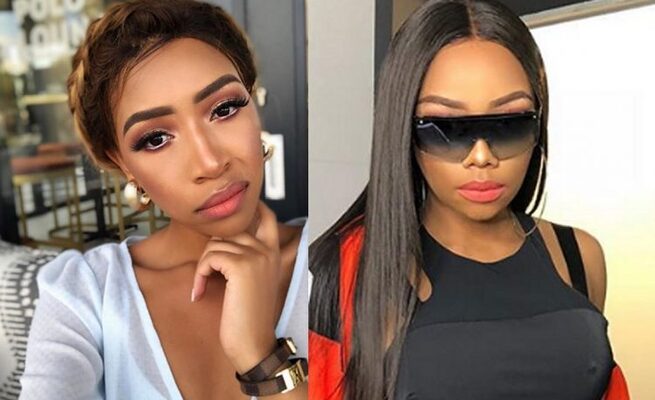 The reality star took to Twitter on Friday to remind her fellow stars to stay humble.

““Screw your celebrity status.. You are human, treat people well and stay humble.

“No matter how big you are today or how good you are at what you do, you are [100%] replaceable!” she tweeted.

Blue did not mention what or who made her decided to put out the PSA, but her followers had a pretty good idea

“Please tag bonang she’s getting out of hand,” one Twitter user wrote.

Another added: “If this tweet is about @bonang_m ur not on her level so won’t understand but o tla fitlha one day.”

Some of Blue’s followers defended her tweet, saying she did not mention Queen B.

“Something magical happens when we speak our truth and share with the world our core being… Whatever the context of this tweet is… what’s counts is that it landed with #Realness.”

One tweep agreed with Blue’s messaging and shared a post reminder about how Nonhle Thema fell from grace thanks to her arrogant attitude.

We doubt Blue’s tweet was directed at Bonang. The model is probably just tired of all big-headed celebrities in general.

Mohale fears for his life

Celeb Gossip Njabulo Maseko - 30 November 2021 0
Somizi's ex husband and actor Mohale Motaung found himself trending on Twitter on Monday after he expressed how shocked he was at attempts a...