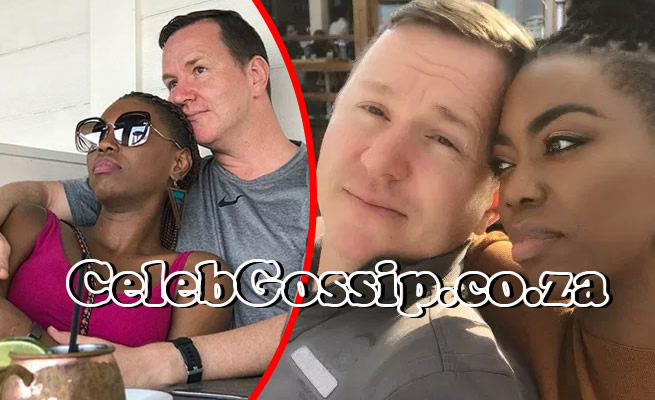 Local songbird, Lerato Molapo, also known as Lira, in the entertainment circles and her husband and manager, Robin Kohl, have just announced that they had parted ways, leaving fans in disbelief.

While it is yet to be established as to why broke up, or to whether the marriage has ended, insiders say Lira (40) had not been enjoying the matrimony, could have been relieved by the development that has shocked many.

People thought the two, who share the same corporate and musical interests had a lot which could bind them together than that tear them apart.

City Press reported that if her social media presence is anything to go by, Lira, who has just ended a season as a coach on The Voice SA, seems to be enjoying life at the moment. She has posted happy snaps on Instagram in recent days, with one captioned: “When life feels good.”

To all my beloved fans,friends,family and business associates, It is with great sadness that I announce my seperation from my husband of many years,Mr Robin Kohl. Robin and I are currently living apart and are in the process of deciding the future of our marriage. We have had a long and fruitful marriage and business relationship and have formed a strong bond that will remain, whatever the outcome of our time apart. In the meantime,Robin and I sincerely request that our privacy be respected during this difficult time. We have had reporters calling so I’m addressing this here. We thank you in advance for your understanding. 🙏🏾🌺 Regards Lira and Robin Kohl

According to the publication, Lira currently in Europe and just few days ago staged a show at Berlin’s famous Konzerthaus, in Germany, let the cat out of the bag regarding the separation last Friday night. She succumbed to pressure from the media in a move seen as aimed at controlling collateral damage and she opened up the secrecy jar, after the press got the rumours regarding the developments in her marriage life.

“It is with great sadness that I announce my separation from my husband of many years, Mr Robin Kohl,” she posted on Instagram.

“Robin and I are currently living apart and are in the process of deciding the future of our marriage. We have had a long and fruitful marriage and business relationship, and have formed a strong bond that will remain, whatever the outcome of our time apart. In the meantime, Robin and I sincerely request that our privacy be respected during this difficult time. We thank you in advance for your understanding,” City Press reports.

Her fans received the news with disbelief, and social media platforms went abuzz as they poured out their hearts rendering their emotional support and wishing Lira all the best.

However, her management agency About Entertainment, took a diplomatic stance and refused to comment on the issue. The publication says it fruitlessly sought a comment from Lira’s public relations team as to what would become of the couple’s business union after they part ways.

While it is still unclear if their separation would lead to divorce, one insider believes Lira would be the biggest beneficiary in case of that eventuality as she has always set her eyes on her company, while her husband was focusing on her than on his.

In 2015 media reports have it on record, of her as saying that her company, Otarel, had posted a turnover of R7 million a year, then. According to reports, their separation is the freshest high profile celebrity couple split in 2019 so far.

In June this year, a prominent Afro-pop songbird Nhlanhla Nciza broke similar news on her Instagram account that she and her music producer husband, TK Nciza, were going diverging directions after a marriage spanning15 years.