Home Celeb Gossip Actress Khayakazi Kula talks about leaving The Queen and about her new... 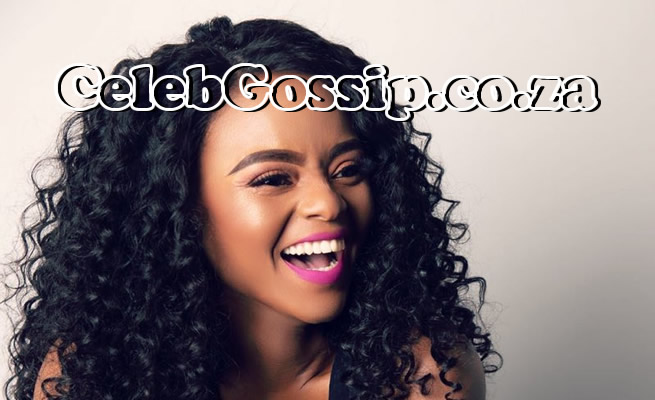 Born in 1986, New Brighton, Port Elizabeth in the Eastern Cape province of South Africa, Khayakazi Kula is a jack of all trades in the acting circles.

She can move from playing the role of a youth in her teens, and a mature middle aged woman with relative ease. Making her a flexible actress who can adapt to different roles in a play, should that be needed. This disposition could be tracked from her area of study, public relations and communications at the University of Johannesburg.

Khayakazi’s first TV role was on Mtunzini.com as Tyhileka in 2008 and her first lead was that of Lizeka in Intsika. In 2012 she was cast as Pinky on SABC1 youth drama series Tshisa.

In 2016 she cast as Martha Ndlovu on Mzansi Magic soapie drama The Queen. In 2017 she was cast as Bonnie on e.tv’s telenovela Broken Vows.

She recently triggered anxiety among her fans when she disclosed that she was stopping playing the character ‘Martha’ on Mzansi Magic telenovela The Queen. The role that many of her followers have for years not just attached her, but have attached it to her only.

Being Martha, she became a darling for many for a trait of being a family centred and always willing to help others. This is a temperament Khayakazi in real life shares with Martha.

She is indeed leaving the role, but viewers should not despair, but instead get geared for her new role on upcoming 1Magic drama series Grassroots, which starts in October.

She tells MOVE; “Thank goodness I didn’t starve after leaving The Queen.”

She is now set to play Nolwazi, an easily deceived 16-year girl from Centane, in love with a 17-year-old rugby player, who would leave the area after being picked by a certain team. She follows him fearing he might have another girlfriend in there.

“Nolwazi follows him to save the relationship and tries to fall pregnant to trap him,” Khayakazi said.

She opens up how it all started, in 2007 she moved to Johannesburg in 2007 after a two year love break-up, with a boyfriend she had gone as far as introducing him to her family, and was warmly welcomed. The two would spend time on phone talking to each other, and when he ignores her call she would go crazy and visit him right away. That annoyed her when he do not take up her calls.

One day, all hell broke loose when he told her he had been seeing someone else as his love for her had gone cold. To nurse the disappointment, she moved to Johannesburg.

There, the weekly magazine reports that Khayakazi phoned Muvhango creator Duma Ndlovu, who she had met in 2006 while acting in a 16 June play in Johannesburg.

“That was my first professional play and I kept his numbers. I phoned Tat’ Dum and he referred me to his daughter, Nonku u Ndlovu, who has an agency for aspiring actors. I attended acting workshops through her agency and my mom, Qondiswa Kula, helped me pay for some of my bills,” she says.

That move opened floodgates of roles, and her acting career blossomed. She promises fireworks, and for her, the only the sky is now the limit.

In 2013 she was blessed with her now six-year-old daughter, Lizalise from a relationship didn’t last, but she is not in regrets, as she takes it as learning curve.