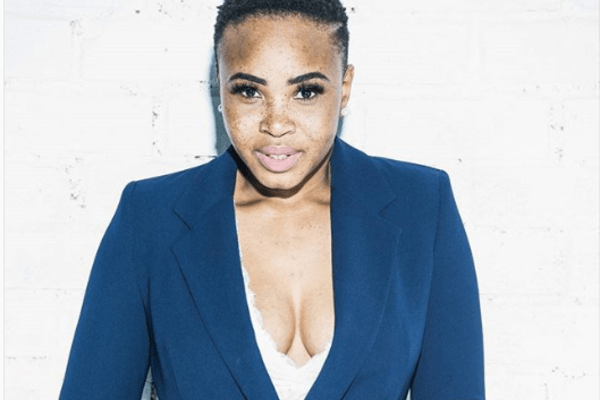 We are all impressed with the way Hulisani Ravele along with other Mzansi Celebs with Freckles have been giving a new meaning to what beauty is and not shy to show their frenkles on social media.

IN his era, you would think that's enough for social media users to quit cyber bullying. but seems we still have a long way to go It Appears some people never learn.

One daring Troll went to the extreme in bid to get some retweets he compared Hulisani freckles with toasted bread and ripe bananas, Like the classy star that she is , Hulisani used the unfortunate situation to give a lesson to the troll…..Something only a few people are able to do

“@Omondi___ you are a vile human being. Your sheer ignorance and disregard of the emotional and self-esteem ramifications that a post like this has on someone is sad. Worse, you a are father, to a daughter. May she never be ridiculed and have to experience what you did here,” Hulisani responded. 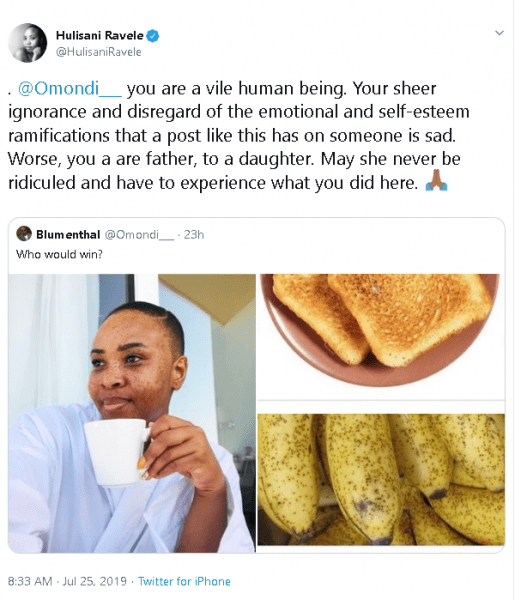 We love how she didn’t stop there, Hulisani also shared that she reported the account and so did many people on the platform.

Thank you to everyone who is reporting & blocking him. 🙏🏾 I’m cool. I had to respond for that young girl or boy who faces a real battle with teasing & bullying because of their physical appearance. Bullied so badly that they don’t want to live anymore. Bullies must be dealt with! https://t.co/vqNhCys9WK