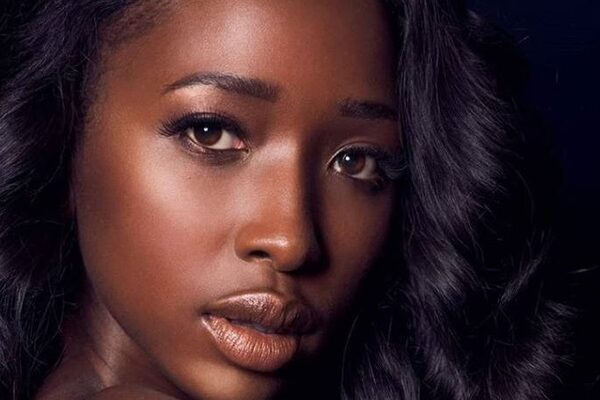 Social media users are calling out Miss South Africa pageant officials for allegedly darkening the skin tone of some of its finalists in promotional shots.

Officials unveiled the top 16 on Instagram earlier this week.

Many praised the judges for choosing a diverse group of finalists, which included women of different shapes, colours and sizes.

One contestant has a unique birth mark on her face while another identifies as queer. “Extremely diverse group of women in the Miss South Africa pageant this year. Also a lot of natural hair queens and different body types and shapes. Really changing the idea of what a beauty queen looks like! I love it!” TV presenter Abigail Visagie
tweeted when the top 16 was announced.

Another Twitter user was excited to see a lot of dark-skinned women in the competition.

Several days before the top 16 were revealed celebrities, including Pearl Thusi and Bonnie Mbuli, debated whether light-skinned black women had a better chance at success in the entertainment industry than their darker skinned counterparts.

“This year’s Miss SA is testament that the Company listened and took proper advice! Melanin,” the Twitter user wrote.

But many are starting to wonder whether the pageant officials darkened the skin colour of contestants such as to make the competition seem diverse.

One of the most vocal people on the issue is media personality Minnie Dlamini. She says not only did the official Miss SA images make all the woman of colour the same shade, but they are also much prettier than how they were presented.

“The official Miss SA pictures of this year’s finalists are very disappointing. Those women are not all the same shade of brown. They are much better looking, I couldn’t believe the contrast from their IG pages. #LetsDoBetter,” she wrote on Twitter this week.

“Yea, they are trying so hard to push the diversity thing…,” one woman wrote.

Sasha-Lee Olivier is a 26-year-old, plus size model from Alberton, Johannesburg.
Sasha-Lee is pursuing a double major in marketing and psychology at Wits.#SashaForMissSA #DreamWalker #MissSA2019 pic.twitter.com/PBuL9dFom3

For today, I would like to share a personal account about self love and self acceptance✨ Growing up, I hated my dark skin. Being dark skinned to me meant that I was incapable of being beautiful, that I was filthy and that I would never be accepted as anything important. The only thing that mattered to me during my teenage years was my outward appearance, the appearance that I quickly realized didn’t quite fit the mould of what was considered beautiful. This was because of the shade of my skin and my weight. I was taught these messages about beauty as a child from silent actors (media, toys, friends etc.) and it resulted in deeply imbedded self hate. As a result of this, I started applying lightening cream (behind my parents’ back) in order to make my skin better, lighter (SLIDE RIGHT). The cream worked; I was about 2-3 shades lighter but they obviously had CRAAAAZY side effects…side effects that could’ve been dangerous. All this because I wanted to be beautiful. Looking back at these events I realize that mine is a story of victory, a story I love to share with hopes that they will touch younger people. This is because i want them to know that dark skin is beautiful and that it should be celebrated. It shouldn’t have taken so long for me to realize the beauty of my own skin, but when I did, it immediately became the tale of the girl who was madly in love with her skin. Women like @gabunion, @naomi , my mom and @msalekwek show us how beautiful self-love and self-acceptance can look. I’m here today, hoping that I too, can one day be the kind of inspiration that shows people that we are: firstly, so much more than what they look like AND secondly, that beauty comes in all shades, shapes, and sizes.❤️ Anyway (I know I say this all the time) BUT practice some self love today🍃🌷💕 Hair: @lajawihair

“Aim for the sky, but move slowly, enjoying every step along the way. It is all those little steps that make the journey complete” Good Morning🌞 Chanda Kochhar