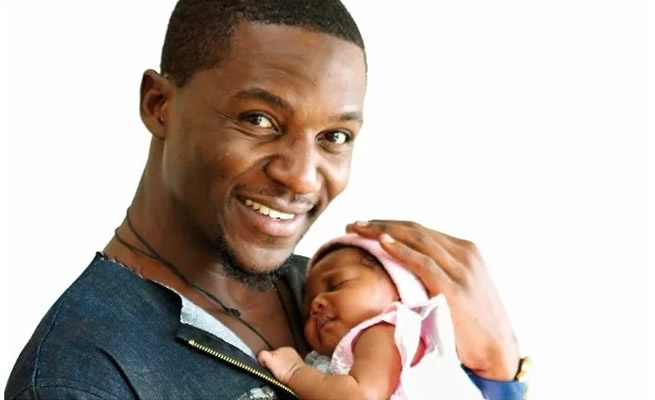 For most Mzansi Magic telenovela soapie 'The Queen' lovers; meeting actor Joe Kazadi (Thabiso) in real life would deceive you, the impressions you had carried over the years about him could be all wrong.

The surprise is not from how he can play different roles in different movies with equal distinction, but it is from how his character on set is totally divorced to him off the small screen.

He has played many roles – Jacob's cross; as Heavy, Generations; as Alfonso, Ekasi Stories; as Arthur – he can be hard, greedy, rough, cruel, or ruthless on set, but in real life he is a loving, gentle man who could be soft as wool, that is Joe for you.

Most television movie, comedy or soapie watchers would be found wanting, when it comes to distinguishing a character’s disposition on set and off it.

They create various impressions and attach to the character, with tags assigned to each depending on how one appears on set. As such, one can be a good or bad guy in their eyes on TV.

On South African television, Joe is one person who can be hated when playing rough for instance when he played the guy who raped a girlfriend for rejecting his marriage proposal. On the other hand he can be equally loved when he plays ‘the nice guy' e.g. Thabiso, the soccer star.

In real life, Thabiso is totally different from his reputation in character roles, in fact he is a devoted Christian, family man who values women. He is also happy on how he manages to play different roles very well, to the extent that people appreciate, admire, and approves the each character he plays.

“Most times people would stop me and tell me what a good job I was doing and so forth, and it was very humbling each time, you know.

“But others would call me a monster ‘for what you did to Goodness Mabuza’ – but honestly, that was also quite humbling because it means my portrayal of Thabiso was believable.”

When Drum crew visited the 28-year-old actor recently at his home in Johannesburg, the reporters had a chance to witness his other, or real side of life, a fatherly figure. With a five-month-old daughter, Omotola Zizipho Kazadi fast asleep in his arms, he explains how happy to be a parent, he was.

“She’s not a troublesome child, most of the time she’s asleep – she hardly even cries,” Joe tells the magazine, adds that he is even more determined to excel in life so that she could enjoy.

Joe values women too, and having a daughter has upped the stakes. He is more than ready to use his role in The Queen to raise consciousness about the evilness of rape and the value of consent.

“People don’t understand consent. They don’t get that you can’t touch a woman without her permission, whether she’s your wife, girlfriend or sex partner. If she says no, it’s no, period.”

Joe, a multi-talented actor, script writer, dancer, professional chef, and fitness model, boasts his muscled, helps him suit various roles with great prominence. He had a stint on the football pitch and once played for Stella Football Club, and believes it helped him in the role of Thabiso.”

Be that as it may, Joe's life was never a bed of roses, neither was it a flawless smooth sailing one, at the age of 10, his mother Esther Mbuyi, moved them from the Democratic Republic of Congo (DRC) to South Africa as a refugee. Though at first he despised his mother's decision to fled the country, he later commended her for the action, as it saved him from being made a child soldier. As if that was not enough, adjusting to life in Durban wasn’t easy as he got stigmatized from other kids, until he mastered the isiZulu and gained some acceptance.

He later viewed the discrimination that forced him to learn isiZulu, as a blessing in disguise, for it taught him the language that later helped him in his acting career.

After dropping out of school at a young age, Joe worked at a restaurant with his mother, and passed a cooking course.

As fate may have it, one day while working at the restaurant, a customer told him that his built would land him a modelling or acting role. He was introduced to Ice Model Management and moved to Johannesburg in 2011. And his acting career rolled into motion, though not easy at first as he struggled with bus fare to and from movie shooting locations, homelessness, lacked proper meal for the day, but he made it at last.

He now looks back with pride, and says all the hardships he faced made him a go getter who believes that where there is a will, there is a way.

After such a long walk to success, he is now a happy father, whom life has taught that 'bodies at rest will remain at rest until some external or internal force is applied.’