Home Celeb Gossip Thando Thabethe falls for Lunga Shabalala after he got an erection while... 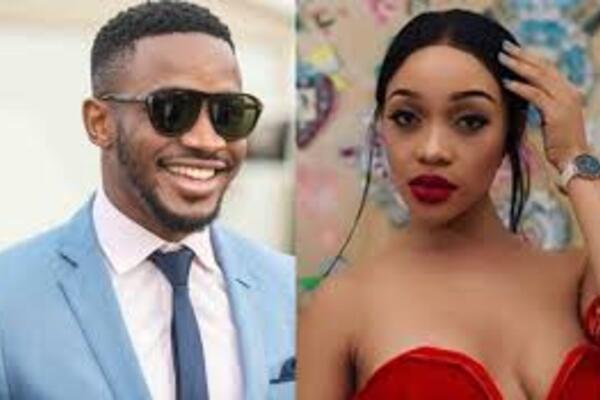 Thando Thabethe and Lunga Shabalala are having a blast in the Maldives, but are they together as a couple?

Rumours have been swirling for weeks that the pair are dating and their latest trip might be the evidence their fans need.

RT when you see it 😂😂😂 pic.twitter.com/I4Lb0qUFwQ

Thando and Lunga were both spotted at the same resort, Centara Grand Island Resort & Spa Maldives, over the past few days.

While the trip seems to be sponsored, that has not stopped them taking full advantage of their time there.

The pair are yet to share any pictures together, but their solo snaps seem to suggest that they are hanging out at the same places together.

From dinners to scuba diving, they are clearly having a good time.

Thando’s eagle-eyed fans spotted a tall, dark and handsome man – who looks like Lunga – walking ahead of her in one video.

Another video showed a man’s foot resting next to hers.
Thando seems to be enjoying all the speculation about their alleged romance

She has been teasing her fans throughout the trip – dropping hints here, there and everywhere.

“That’s us for tonight… More speculating tomorrow,” she captioned a video taken from her bedroom.

Social media users noticed that the bed had the exact same linen as the one seen on Lunga’s Instagram Stories.

Thando shared a picture of herself and her new bae but covered his face with a “smiling face with hearts” emoji.

The mystery man has a beard just like Lunga.

Rumours about their romance started earlier this month, when they were spotted at the Durban July together

Despite evidence piling up, both Lunga and Thando are playing coy.

Thando clearly has a new man in her life, but is that man Lunga?

We will just have to wait until they make it official!