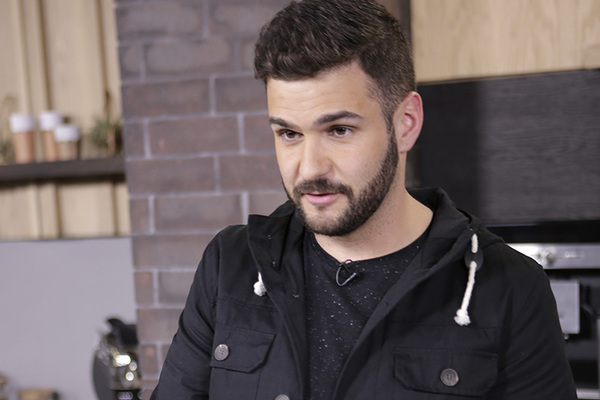 At 15 years old, many teens have no idea what they will do or be but for Micasa's frontman J'Something a word from God through a prophet told him he would have major influence in music.

The singer took to Instagram to share his experience which all began when he picked up a guitar at the tender age of 11. One day at church, a prophet picked him out of a crowd that had over 100 people to tell him that God had a message for him that she had to tell him.

"As I sat one day in church, 15 years old, a prophet picked me out of a crowd of a couple 100 people. She called me up and told me she had a message for me from God. Now what you gotta understand is that this was my first time ever going to church. So I was freaked out and slightly pissed off cause this lady was embarrassing me in front of all the girls from VG. Anyway… she went on to tell me that (without knowing me from a bar of my soap) that God was showing her a musician.'"

J'Something explained that the woman asked if he had played music before and thereafter told him that she had seen that she played guitar for about six months when he was 11. J' said that at that moment he was freaking out but the prophet continued to give an instruction from God that he couldn't ignore.

"She then told me that God wants me to pick up the guitar again because he is going to use me in the music industry! Now what you must understand is at that time I had zero desire to be a musician. I wanted to be a sportsman. But I went home, slightly freaked out that God had sent a message for me and it made no sense but still I wanted to obey."

The musician recalled how funny it was when he called his mother up on some, "Ma, God says I need a guitar". However, his mother didn't stand in the way of God's prophesy over his life and a few months after the awkward call got him a guitar.

And the rest, as they say, is history!