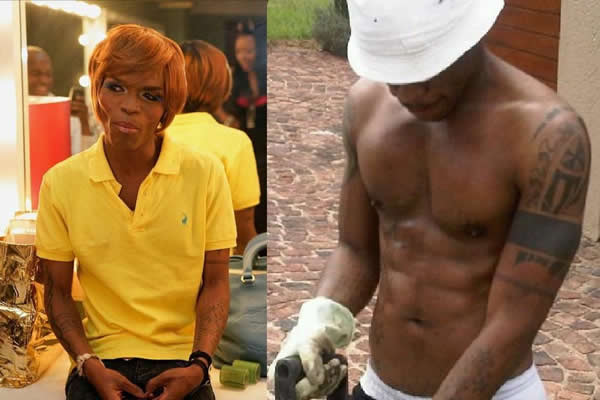 Comedy Central’s Roast of Somizi has had the whole country talking for the past few days, since it aired on Monday
But one line of jokes had people talking for the wrong reasons.

If you are unfamiliar with the format of Comedy Central’s Roasts, a panel, made up of a number of famous faces, takes it in turns to tease, joke and offend (that is, ‘roast’) a chosen individual. This year, Somizi was in the hot seat and his ‘peers’ brought their finest insults to the roast in an attempt to unsettle the TV personality.

The likes of Nomzamo Mbatha, DJ Fresh Skhumba Hlope, Fikile Mbalula and Ntsiki Mazwai were all on the panel and their jokes had us roaring with laughter throughout the comedy special. However, once people started joking about Somizi possibly having HIV/AIDs, the laughter felt less joyous and more awkward.

In his book, Dominoes: Unbreakable Spirit, Somizi revealed that he had been diagnosed with a terminal illness
However, he refused to reveal any further information. While the vagueness may have protected his privacy, it only added fuel to this year’s roasting fire.

Once the pleasantries (and there weren’t many!) were exchanged, Skhumba dived in and commented: “You know Nkosi Johnson’s AIDS. Look at your AIDS… Uyinja!”

Somizi’s radio partner, DJ Fresh also weighed in on the jokes and the reaction on social media was a mixed one:

A while ago, in an interview with the #FreshBreakfast, just after he released his book, Somizi said he either had HIV or cancer.

On #RoastofSomizi DJ Fresh and Skhumba may have confirmed which sickness it is that he has. pic.twitter.com/HQ1PwzFGo2

I did not like every single HIV&AIDS joke on #RoastZA #RoastofSomizi they are just wrong and insensitive, with South Africa having such a huge infection rate….

Imagine how many people are actually HIV positive on the show, as audience members. HIV&AIDS jokes aren’t funny

Jah… Not a fan of the HIV/AIDS jokes… #RoastZA

Do you feel as if some of the roasters went too far with the HIV and AIDS jokes?