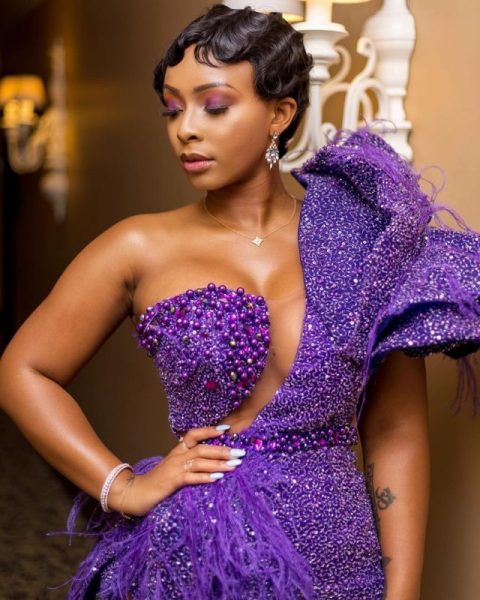 This year 120 ‘game-changers’ from across the continent made the list.

They were recognised in the business, creative, sport and technology categories.

Thando was recognised in the creative list. The 29-year-old actress and radio presenter is also a businesswoman building an empire. Her Thabooty’s Underwear & Shapewear range has been an overwhelming success and she says she is just getting started.

“I was pleasantly surprised, I knew I’d been working hard and had done well in my career so far but didn’t know I was on the radar of a brand as great and globally recognised as Forbes magazine,” she told TshisaLIVE about making the list.

Thando is also one of the honourees who feature on the magazine’s ’30 under 30′ cover.

“Black child, your dreams are valid!!! Thank you @forbesafrica for recognizing my work and contribution in my field of work. I am a Forbes 30 under 30 graduate and I am on the cover of Forbes Magazine,” she wrote on Instagram.

Not only is Boity a successful TV presenter and rapper but she is also a wellness entrepreneur.

The 29-year-old launched her very own pharmaceutical company in 2017. Human Limitless, which supplies her body toning supplement Boity Toning Support, was three years in the making. Boity says it has always been a dream to be part of the Forbes ’30 under 30′ list.

“[It] was on my 2017 Vision Board. The Universe is always listening and will respond when you are ready to receive your gift,” she wrote on Instagram.

The 27-year-old won the award just weeks after winning big at the SAMAs. The Huku hitmaker has changed the game for xiTsonga.

“My story is testament that you can come from any village, in any forgotten part of the world, and still be a superstar. For girls that come from where I am from, which is Limpopo, I just want to say that you don’t need to change who you are, you can still be big,” she said in her BET acceptance speech.

Caster Semenya was recognised in the ’30 under 30′ sports category.

The 800m gold medalist made headlines earlier this year when she challenged an IAAF ruling that would force her to take medication to lower her testosterone level. Despite the Court of Arbitration for Sport ruling in the IAAF’s favour, Caster held her head high. The Swiss supreme federal court went on to overturn the ruling and caster responded by setting a new 800m meeting record at the Monaco Diamond League.

The 24-year-old also broke a 25-year-old 800m African record at the African Championships in Nigeria earlier this month.

The 29-year-old started a blog a decade ago and quit her job after learning how to monetise it to earn an income. The 29-year-old, who is married to sports star Wayne Parnell, said she was proud to make the Forbes list as it was a recognition of her hard work over the years.

“It really is an incredible honour to be recognised for my efforts over the past ten years of my career. I’ve worked really hard to uplift this industry and open up avenues for young women who have dreams of owning their own brand, their identity and being brave enough to take the plunge,” she wrote on Instagram.

Zimbabwean-born star Kim Jayde has become one of the most recognised TV presenters in SA.

The 28-year-old is also a model and MC. Her journey to stardom was a hard one, with many agencies slamming the door in her face. She persevered through her struggles and is now at the top of her game.

“…earned with honest hard work, passion and pure drive! I am so overwhelmed & still in disbelief! To be among Africa’s Top Earning creatives is a true HONOUR. My Family, My Country – This one is for YOU! To God be the Glory! Anything is Possible,” she wrote on Instagram.