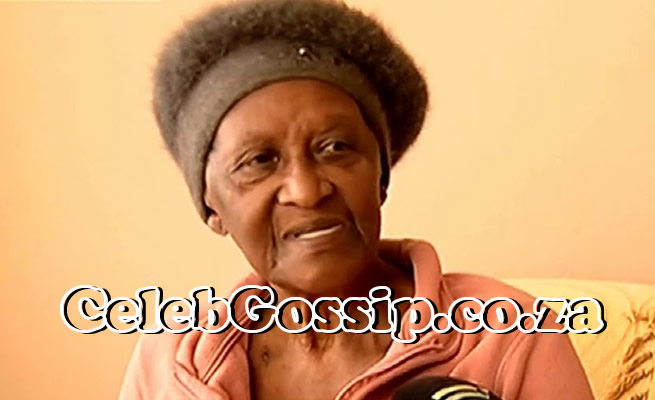 The actress, who received the Order of Ikhamanga in Silver earlier this year, had been in hospital since Friday.

Nkonyeni's nephew, Vusi Manapha, confirmed that she died at 4.30am on Wednesday.

In June, Nkonyeni, 77, expressed her joy at having Aggrey Road in New Brighton, where she grew up, renamed in her honour.

“I grew up in New Brighton. My relationship with that street is my church, Arthur Wellington Church, which was built in 1945. I spent most of the week in that street – on Monday I would attend the little girls' prayer, on Wednesday I was there, on Friday we visited the temple. I spent a lot of time there. Every day of the week I was in Aggrey and asked myself who is Aggrey? Who is Gratten? Who are these people? I feel honoured to have a street in my honour. They are handing the name over to Nomhle Nkonyeni, who grew up in that dusty township of New Brighton.”

Earlier this year Nkonyeni, describing the 50 years she had spent in the industry, said it would take her “forever” to talk about the work she had done. Nkonyeni has been in numerous television and stage productions, including her most recent role in Scandal! on e.tv.

She has also held her own in several series like Igazi and Gaz'lam, among many others.

In 2016, she received the lifetime achievement honour at the SA Film and Television Awards, and was recognised in the same category at the 2018 Eastern Cape cultural awards.

In her breakthrough role in 1981, Nkonyeni was cast in the play, Die Swerfjare van Poppie Nongena, at the Capab (Cape Performing Arts Board) theatre in Cape Town.

The 1978 novel tells the story of Poppie and her nomadic life, trials and tribulations as a black woman in apartheid SA.

Asked in April this year about the industry today, Nkonyeni said: “It's in shambles.”

She said it was her dream to open an arts academy in New Brighton.

“There is an abundance of talent here, in fact, most of the talent that's in Johannesburg comes from the Eastern Cape. It's my dream to leave a legacy behind – I don't want God to ask me when I get up there what I've done with the talent He's given me. He wants me to share that talent and I feel I want to answer my Lord.”