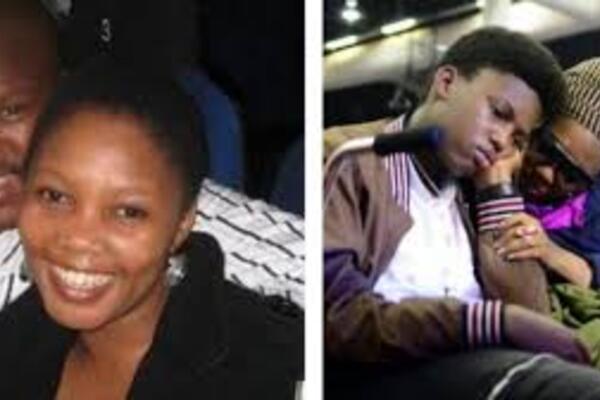 According to the Sunday World, Mapule Rachel Khanye has filed papers at the Johannesburg High Court to be named the legal guardian of the 15-year-old.

The teen’s mother, Lerato Khanye, died in November 2018 after a long illness.

Her death came just two months after HHP died, apparently by suicide.
Mapule, who says she has no financial interest in gaining custody, believes she should have full parental rights to take care of her daughter’s son

She says the boy lived with her from when he was born and since the death of his parents.

“I am desirous to safeguard his interests at all times, as he is currently a minor, and am unable to do so effectively until I am appointed his legal guardian. It is for this reason that I bring this application,” the publication quoted court papers as reading.

The professional nurse added that she is “not aware of any other person who is in a more capable position” than she is, to take care of the teenager’s “emotional, physical and educational needs, since the death of his parents.

HHP’s family says she will get custody over their dead bodies. The family plans on opposing Mapule’s court application.

The matter will reportedly be heard in court in August.

Meanwhile, HHP’s R2,1-million Randpark Ridge home is reportedly in danger of being repossessed

The later musician purchased the house via his company, Hip Hop Pantsula Production, in 2009.

Nedbank has reportedly obtained a summons against the company which has allegedly failed to make the monthly instalments since HHP’s death.

“The monthly instalments as at 2 May 2019 were arrears in an amount of R54 104,56, which the defendant, notwithstanding demand, has failed to pay to the plaintiff,” read the papers, according to the Sunday World.

The company allegedly owes the bank more than R775 000.

HHP’s family claims not to have received a letter of demand from the bank.