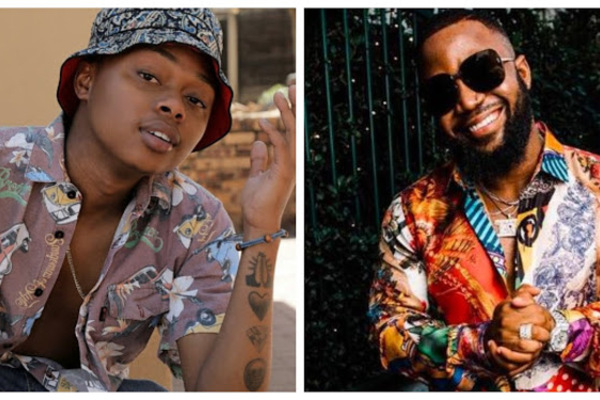 Eight months after social media exploded with claims that rappers Cassper and A-Reece were beefing hard, Cassper has told fans that he's tried to reach out to his rival but keeps getting blue ticked.

It all started when Cassper penned a lengthy "drugs are bad" thread that led to some suggesting it was aimed at A-Reece. They claimed it was in response to a verse on Reece's song that dissed rappers who thought hip-hop was kwaito.

The pair have been trading subliminals ever since and even Cassper's offer for a collab to make peace hasn't seemed to help.

Cassper was asked this week about the collab and told a fans that it was not going to happen because he couldn't get hold of Reece.

"Been trying to find him. Dmd him. I tried though, that's what counts. I tried a lot of guys and most of them are missing me. I tried," he explained.

The rapper later revealed that he was in a different space at the moment and keeping to himself to "protect" his energy.

He also warned that things were "dark on these streets" and once again weighed in on how SA hip-hop had missed a trick because of all "the egos".

"You know what, I just wanna see the culture in a good place. Don't really care if I get praised for it. SA hip-hop had the potential to be so huge in Africa but the ego has won the fight. Only a few will survive.