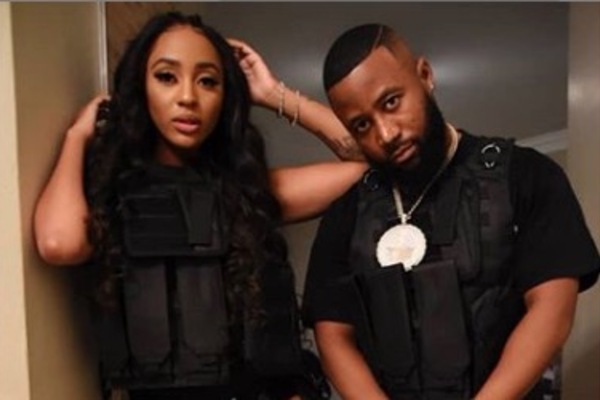 While fans debate whether Nadia Nakai's much-anticipated debut album, Nadia Naked, is a classic or not, her boss at Family Tree, Cassper Nyovest, says it is one of the best albums he has ever heard.

Nadia's music has always divided fans, but celebs and friends have all praised her new album and her skills on the project.

Speaking to TshisaLIVE at the launch and listening session on Thursday evening, Cassper said it had taken a lot of sweat and tears on Nadia's part to get this far.

He said he had seen her grow as an artist over the past two years and was proud of what she had accomplished.

"I am very impressed by her and her team. I am blown away by what they have managed to put together. I trust the album, the album will do all the talking," he said, adding that every project had fans and haters, but he was focused on the positives.

"I don't care about the hate. I love the album. I can't wait for the people who genuinely wanted the album to drop, to hear it."

He said the haters were just looking for relevance.

"I think people who talk sh*t have been waiting for the album so they can be part of the conversation. If you have genuinely waited for the album for this long, I don't think you really have a negative opinion about it."

Nadia waited more than two years to drop her debut album, after pushing it back several times. She said it was only after she went through hell and back that she unlocked what she needed to make it a success.

"I kept asking Cass if he thought we were ready and he kept telling me to go back to the drawing board. It was frustrating, but I understand now what lessons I needed to learn, what I needed to grow."

Prove that you were married to Somizi and get 50% of his wealth: Mohale...

Celeb Gossip Flaxie Mkhize - 20 May 2022 0
Mohale Motaung, the estranged husband of media personality Somizi Mhlongo, is unlikely to walk out of their marriage with nothing if their union is...

Blog Ethel nleya - 20 May 2022 0
The Basic Conditions of Employment Act states that the maximum working time for an employee earning below the annual threshold of R205 433.30, is...

Vodacom breathes fire at South Africans as the company appoints a Zimbabwean as Managing...