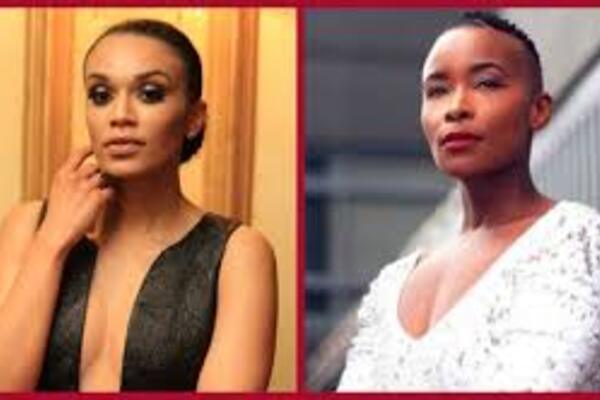 Shortly after Pearl Thusi opened up about the struggles she faced as a light-skinned entertainer, actress and TV presenter, Bonnie Mbuli weighed in on the matter. The two women soon found themselves trending on social media.

Entertainers and TV personalities, Pearl Thusi and Bonnie Mbuli, found themselves catching the attention of Mzansi’s social media users after they got into a heated discussion on Twitter.

Pearl earlier opened up about the difficulties she’s faced as a fair-skinned woman in the entertainment industry. Bonnie responded, and she wasn’t holding back. She shared a picture saying she almost sympathised and then shared her opinion in a post. According to Bonnie, dark-skinned entertainers actually have it tougher.

Pearl replied to Bonnie’s tweet and soon the two women were exchanging Twitter blows. TimesLIVE reports that Bonnie said, in a response to a follower, that there were far fewer roles for dark-skinned women

If women do get roles, they have to portray sufferers, the diseased or slaves. Check out the debate and tweets these ladies posted, there are quite a few:

So what are we saying here guys? What can my light skinned friend do to make this right? Not go after her dreams?

Also, did she choose to look the way she does? Already worried my my Kairo. 💔

@PearlThusi @AlbinismFor @kuliroberts I stopped taking Haters seriously whn they teased me 4 my albinism, then they teased another with dark skin. They teased a skinny person, then a fat one. Short & even tall ones, I then realised that it isn't about who they tease bt thmselves

Others were simply enjoying the drama going down between two of the country’s celebs.

😂 😂 😂 😂 My bed can miss me today as I wait for Pearl's response pic.twitter.com/2ntICTJYjQ

Pearl really talking about spreading positivity as if she wasn’t sitting on a couch with AKA dragging Bonang? 😂

What a mess. You hate to see it.

The conversation continued well into Friday morning, but Pearl Thusi and Bonnie Mbuli seem to have given the argument a rest.